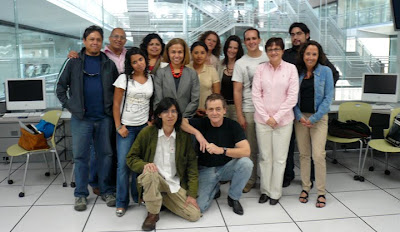 MEXICO CITY, 5 May 2010 — My second Backpack Journalism Workshop at Tec de Monterrey in Mexico City ended with this group photo.

The Tec de Monterrey, which has dozens of branch campuses around Mexico, is the first institution in Latin America (to my knowledge) that has embraced the model that we refer to as backpack journalism, or video journalism.

I conducted both workshops in Spanish.