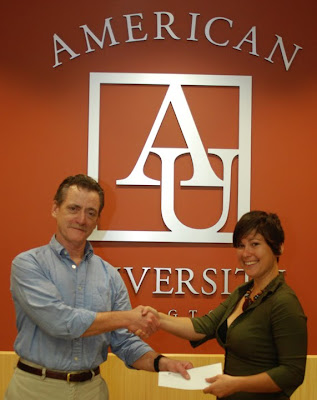 Maria plans to use the $500, plus another $500 contributed by School of Communication Dean Larry Kirkman, during her internship with the Associated Press (AP) in Jerusalem. The AP is contributing another $500 for her trip, which begins next week.

Maria is part of the Backpack Journalism Project launched in April by AU’s School of Communication.

She participated in my March 2010 Backpack Journalism Workshop With American University at the NBC News Bureau in Washington, DC, shooting and producing this video on that workshop. She also was a student in my Backpack Documentary class this Spring 2010 semester, producing the piece, “Indian Dancer.” (Photo by Tara Kocourek)