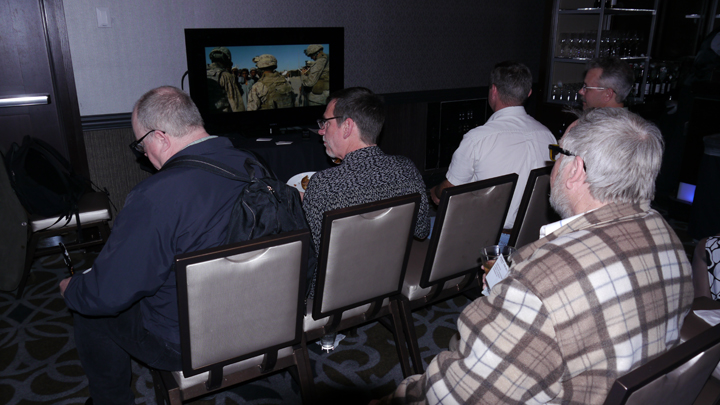 WASHINGTON, DC, 12 April 2011 — Am still a bit jet-lagged after the red-eye flight from Las Vegas to DC Sunday night but gratified by the opportunity to speak with so many practitioners and instructors at the National Association of Broadcasters (NAB) convention over the weekend. Above, some of the attendees watch “Afghanistan: The Forgotten War,” which I shot, produced and narrated and which was broadcast by NOW on PBS. The piece, which I believe embodies and validates the methodology that we refer to as “backpack video journalism,” was nominated for a National Emmy Award. The viewers were impressed with the work, and with the quality of the video, shot with Sony’s EX-1 camera.

It was Sony Corporation that flew me out to the NAB so that I might address the attendees.