Final Steps for “To Catch a Dream” 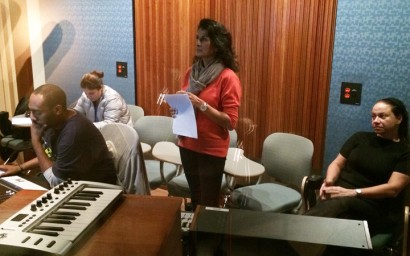 WASHINGTON, DC, 12 October 2014 — Ella Patel (center) reviews narration she is recording for our upcoming documentary, “To Catch a Dream.” The film follows four Afghan girls as they journey from their war-torn home country to Hong Kong, where they compete in an international competition of commercial law.

We taped the narration at American University’s Kreeger Building, a state-of-the-art facility.