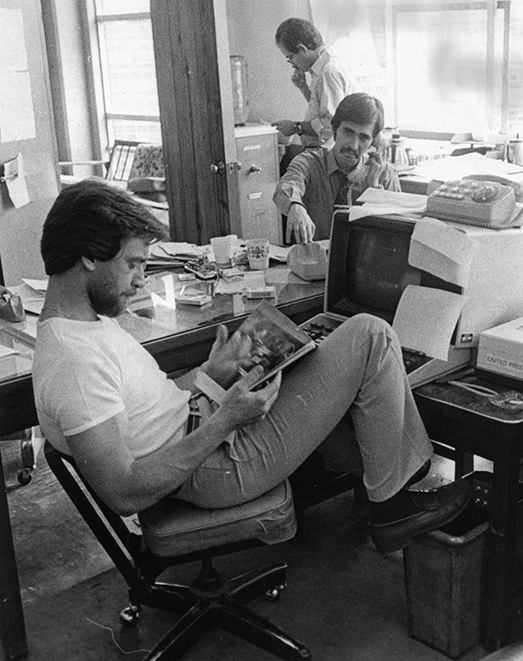 Aside from young, idealistic journalists, the United Press International (UPI) Mexico City bureau was peopled with Mexican assistants. Angel was mid-50s, rail-thin, curly hair, clunky glasses, fewer than a dozen teeth in his head but an easy smile anyway. Victor, early 40s, short, heavyset and slicked-back hair, with his pencil-thin mustache, a bit too smart and cunning to be doing this kind of work. Mario, early 50s, more formal than the other two, taller than both, balding and dark-skinned, with the high-pitched voice of an adolescent, and a bit too slow to be doing this kind of work.

When I first got there, these guys were responsible for typing our English-language stories into teletype machines for transfer to UPI’s world headquarters in New York. With the advent of computers by the end of my three-year stint there, they had to do everything else, like make sure the newswire machines had paper in them, keep the files squared away and go out and get us tacos and soft drinks at our favorite place across the street.

Angel was my favorite. He was the most open. He had the best sense of humor. One night when he came back late from an errand, I feigned anger with him for his tardiness, picked him up in my arms and held him half-way out of one of the large, open windows, threatening to throw him out of the 11-story opening.