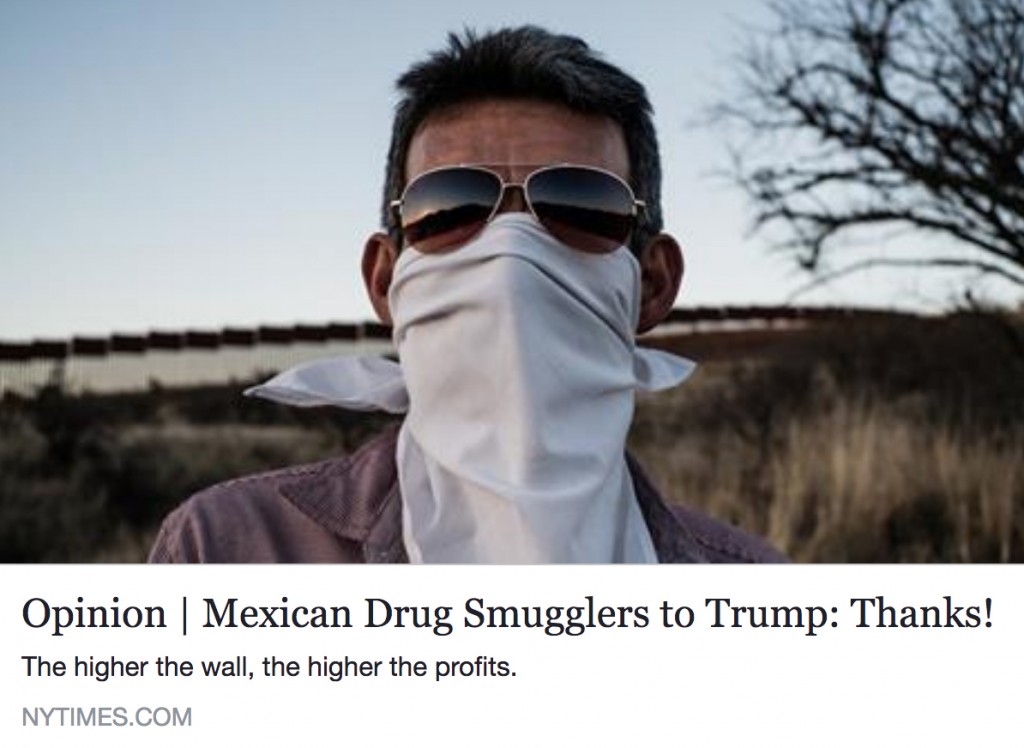 WASHINGTON, DC, 7 May 2017 — American University Graduate Teaching Assistant Matt Cipollone and I accompanied New York Times freelance foreign correspondent Ioan Grillo during much of Grillo’s reporting trip for this story. We also had the pleasure of working with photojournalist Patrick Tombola, whose images are featured in Grillo’s story.

Matt and I were in Nogales, Mexico, working on my upcoming documentary film, “Freelancers.” The film explores the new breed of journalists filling the void left by mainstream media outlets retreating from foreign news coverage. Matt and I are in the post-production stage right now.

On our journey, Matt and I used the “backpack journalism” methodology that I introduced to American University’s School of Communication shortly after I arrived at the school in 2003. True to the “backpack journalism” model, I typically travel and work alone, which enables me to deliver a more immediate, more intimate story than achievable with a large crew and a pile of gear. However, since I am a “thread” to be seen throughout the current film and those that hopefully will follow, a two-person team was essential.

Having said that, Matt and I worked with a bare minimum of gear — only what we could carry onto a plane in our backpacks. As you soon will see, it worked.

Matt carried his Sony HDSLR-type camera and a directional microphone. We took two small pocket-size recorders, with lavalier microphones. We attached one to our principle character and the other to myself, as I’m the thread through the pilot project and through the overall series. I shot both stills and some video with my iPhone 6+.

Working the “backpack” methodology has positive as well as negative aspects. On the positive side, Matt and I were able to move more quickly, weighed down by less gear, to travel in smaller vehicles that are more agile on the road. On the negative side, working alone can be a handicap, since the practitioner is not able to share ideas with a colleague working on the same story. And, of course, it can be more dangerous working alone than with a team.

Fortunately, we worked well together and were not affected by any of the negative aspects of the methodology.