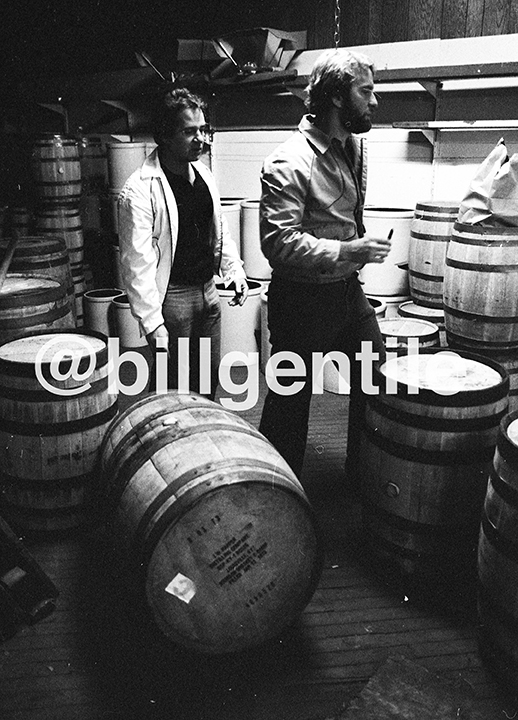 MONACA, Pennsylvania, 1979 — During my trip to Pennsylvania after the revolution in Nicaragua, my brother takes me down to his wine cellar. A single yellow bulb hangs from the beams that support the main floor of his home. Strung from those beams are home-made Italian sausage and great legs of prosciutto, all products of the hands and the energy of my older brother.
It is a place from another era. It smells of fermentation, old wood, pepper and raw meat. In the corner is an ancient press that my brother acquired from an elderly Italian friend. He had it refurbished with new slats of hardwood. It is this press into which he and a very select handful of friends and relatives dump bushels full of grapes to force from them the juice that eventually becomes wine. After pressing the grapes my brother treats the group to his homemade sausage and prosciutto, cheese and bread, and plenty of the previous year’s wine. Stacked along one wall are 55-gallon oak barrels originally made to store whiskey but now are used to ferment and store next year’s brew.
Places and ceremonies like these don’t just happen. They are built on integrity, physical strength and the power of personality. Trust, loyalty and conviction nourish and sustain them. Whenever I could, I joined the privileged few to take part in this wine-making ritual.
“How much wine did you make this year?” I ask my brother.
“Three barrels,” he says, moving among them to fill a one-gallon jug. He draws the dark liquid from one of the wooden kegs. I lean my back against a concrete wall and drift down to a crouch.
—
In the picture, my brother, Lou (R) and my cousin, Tony D’Eramo, inspect barrels before purchase. Lou uses the oak barrels to store his yearly production of wine. Photo by Bill Gentile.
NOTE: This excerpt is one of a series preceding the release of my upcoming memoir. The manuscript is sub-titled, “A True Story of War, Love and Rock & Roll.” Read more when the book is published.