My Mother Told Me: Go to War 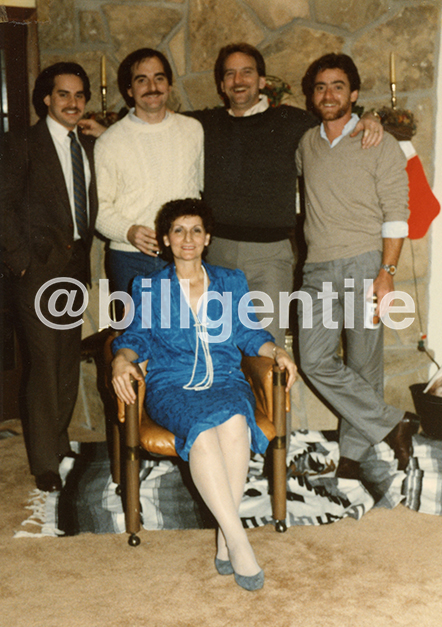 NEW YORK, NY, 1983 — I waited to tell my mother during her visit to New York City. So I took her out to dinner on the last dying breath of my credit card, wanting to keep the intensity and the drama of the discussion within the accepted parameters of a restaurant full of people. It’s not every day that you break the news to your mom that you’re leaving what appears to be a decent job and going away. Not only was I leaving a decent job at UPI and a city that’s only an hour’s flight from her home, but I was leaving the entire country. And this is only 18 months or so after I had returned from four years in Mexico. To top it off, I’m going to a country where there’s war going on.

My mother was born and partly raised in an Italian village of fewer than 3,000 people. She came to the United States without a word of English, finished high school when she was an adult and went to college as a middle-aged student. She was a product of World War II and of the Cold War, times when her newly adopted country could do no wrong. At this time she is a widow. The second of her four sons is with her in a restaurant in the city where she first came ashore. And he’s telling her that he’s going to Central America to cover a war, not just a war but a series of wars, that he says are caused in large part by the United States — which might even invade the country that he’s going to be based in. And she knows that Americans are being killed there because she remembers the Bill Stewart incident. She saw the news footage when the Nicaraguan National Guardsman made Stewart lie down on the hot pavement and then put a bullet into the back of his head with an M-16 rifle. And she knew that I had been working with Stewart.

By this time my mother had either completed or was working on a college degree and had opened a job placement business of her own. She had purchased a new car. She’s traveled light years from the time she first saw the Statue of Liberty in New York harbor. Along the way she flourished into her true calling, the vocation that would give her the deepest gratification, endless purpose and meaning — to be a great mother.

She seemed to draw from a bottomless well of Old Country wisdom. She believed in “tough love,” never afraid to stand up for what was right or to point out to her sons that we were wrong. That we made a mistake. That we should fix it. Now.

It is times like these that are the truest measure of people. This is the time when people define themselves, when they make decisions under pressure, the consequences of which can bring pain no matter what choice they make. My mother was not very good with directions, sometimes forgot to pass on phone messages, and occasionally was disorganized. But what she did best, what she was put on this Earth to do, what she excelled at, and what she most loved doing, was being a mother. It’s not even a decision. It’s an instinct. An innate, spontaneous condition. She always came down on the side of whatever was “best” for us – as long as it was “right” for us, as well.

During this visit, she had seen my so-called apartment and she understood the treadmill that I lived on, and she knew it all was wearing on me. I felt shackled by bosses and corporate rules. I was removed from what I knew were historic events in Central America. Claudia was a million miles away. This is not what I wanted to do with my life. I needed to follow my instincts. Follow my dreams. I needed to return to Nicaragua.

“Go,” she said, her eyes watery and glistening in the yellow light of the restaurant. “If you have to go, then go.”
—
NOTE: The excerpt above is one of a series preceding the release of my memoir, “WAIT FOR ME: True Stories of War, Love and Rock & Roll.”

NOTE: In the copyright photo by ©Bill Gentile above, are Mary Theresa Gentile and her four sons (left to right) Robert, David, Lou and Bill.