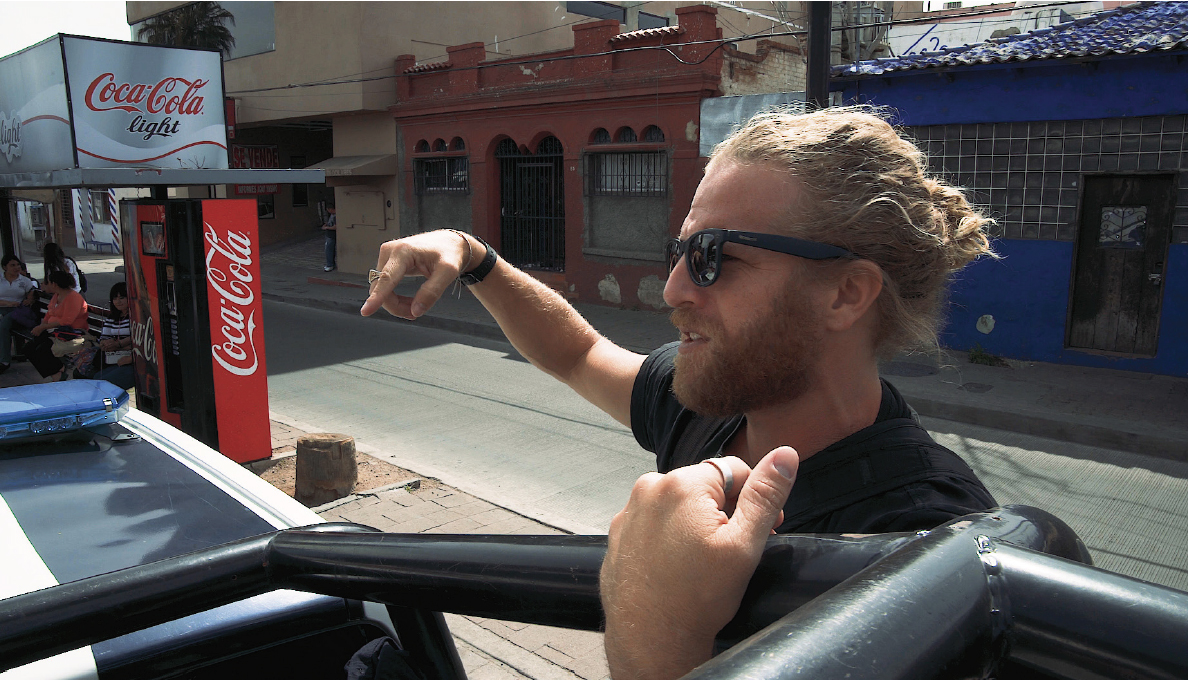 WASHINGTON, DC, Day 19 of 40 — Patrick Tombola is a documentary photographer concentrating on long-term personal projects and editorial work in Latin America, Europe and the Middle East. He’s covered conflict from Syria to El Salvador. He’s also one of the characters in my documentary series, FREELANCERS.

I met Patrick in the Mexican border city of Nogales, where he was on assignment for The New York Times along with freelance foreign correspondent Ioan Grillo, another character in the film.

Perhaps more commonplace than other types of freelancers, photojournalists very often work without the security or support more frequently enjoyed by “staff” journalists. The craft of photojournalism has been impacted especially hard by the advances in technology. Today, anyone with a cell phone can make high-quality pictures these days — and with the Internet can compete with professional, staff photographers.

Having said that, cell phone shooters will never completely replace dedicated, seasoned professionals like Patrick. Nor will “citizens journalists” ever replace well-trained, professional foreign correspondents. More on this issue later.

For now, take a look at our crowdfunding campaign and our effort to spread the word about the new breed of freelance foreign correspondent filling the vacuum left by mainstream media retreating from news coverage overseas: https://www.indiegogo.com/projects/freelancers-with-bill-gentile-mexico/x/13900262#/