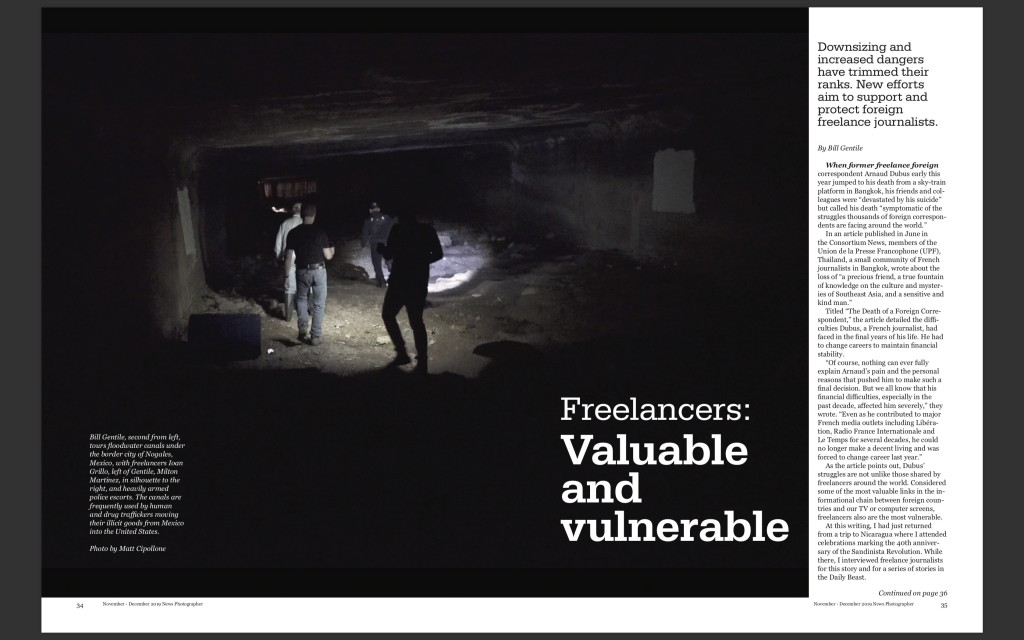 WASHINGTON, DC, 5 December 2019 — I’m delighted to share my article, published in the latest edition of the National Press Photographers Association (NPPA) magazine, commonly known as “The Voice of Visual Journalists.”

As many of you know, I’ve embarked on a mission of supporting freelance journalists working abroad, with my documentary series, FREELANCERS with Bill Gentile, about the new breed of freelance foreign correspondents filling the void left by mainstream media closing bureaus and cutting staff around the world. The film is being distributed worldwide by the London-based Journeyman Pictures. You can see the trailer, or view the one-hour film, HERE.

To read my story in the NPPA magazine about the struggle of freelancers everywhere to make a living at their craft, click here: NPPA on freelancers