The Faces Looking Back

WASHINGTON, DC, 28 May 2019 — These are some of the faces I’ve captured on my journey as visual communicator over more than four decades in the field. As they look back at me from this work table, I wonder where they are now. And what has become of them.

I made many of these images during the 1980s and 90s for Newsweek magazine. Nicaragua. El Salvador. Panama. The Persian Gulf. Cuba. Argentina. Haiti. And more.

I am lucky to store the decades-long record of my work in a place such as this one — the Archives and Special Collections section of the American University library in our nation’s capital. It is a temperature and humidity-controlled section of the library where students, instructors and the general public will have access to thousands of my images captured in black and white film, color slides, and copies of the newspapers and magazines where many of the images were published.

I’m dedicating a big chunk of my time this summer to getting it all organized.

It was my great privilege, and enormous responsibility, to be one member of a tiny corps of professional photojournalists whose job it was to provide the visual record of major events in certain parts of the world. I worked with United Press International (UPI) and with Newsweek magazine. My region of coverage mostly was Latin America and the Caribbean.

There were only three US television outlets: ABC, CBS and NBC. CNN was just getting off the ground. The world of photojournalism was limited almost exclusively to Time, Newsweek, U.S. News & World Report and Life magazines. Then there were major newspapers like The New York Times and the Washington Post, that published photos only in black and white.

One of the most acclaimed stories I worked on during this period was a trip with the Nicaraguan “contras” during their war of incursions into the country from Honduras. The Sandinista government initially expressed stern disdain for the fact that I had entered the country illegally, but after reading the report by then Newsweek correspondent Rod Nordland, the Nicaraguan government published a verbatim, Spanish-language version of the Newsweek article in the official Sandinista newspaper, Barricada.

Nordland and I spent nearly three weeks with the contras, walking over 100 miles with them in Nicaragua’s northern mountains. Nordland is the current bureau chief for The New York Times in Kabul, Afghanistan.

So it was us, the professional visual storytellers, who provided the world with a visual record.

And, of course, our work was supported and enabled by our editors in New York and other media headquarters. In my case it was Louis Garcia (UPI), and Karen Mullarkey, Jim Colton, Hillary Raskin, Guy Cooper, Dave Wyland, and others at Newsweek. So, these faces look back at them, as well. 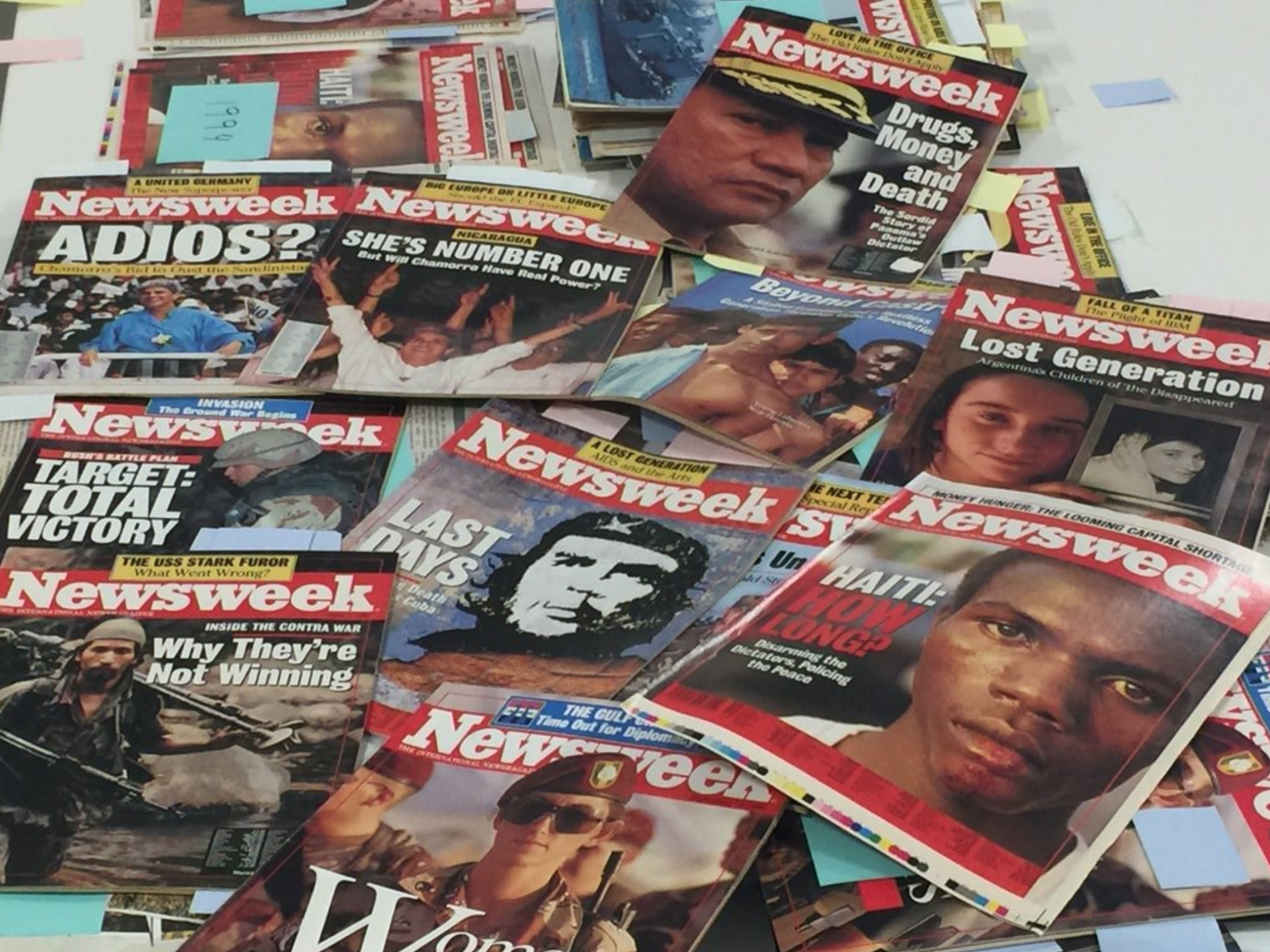 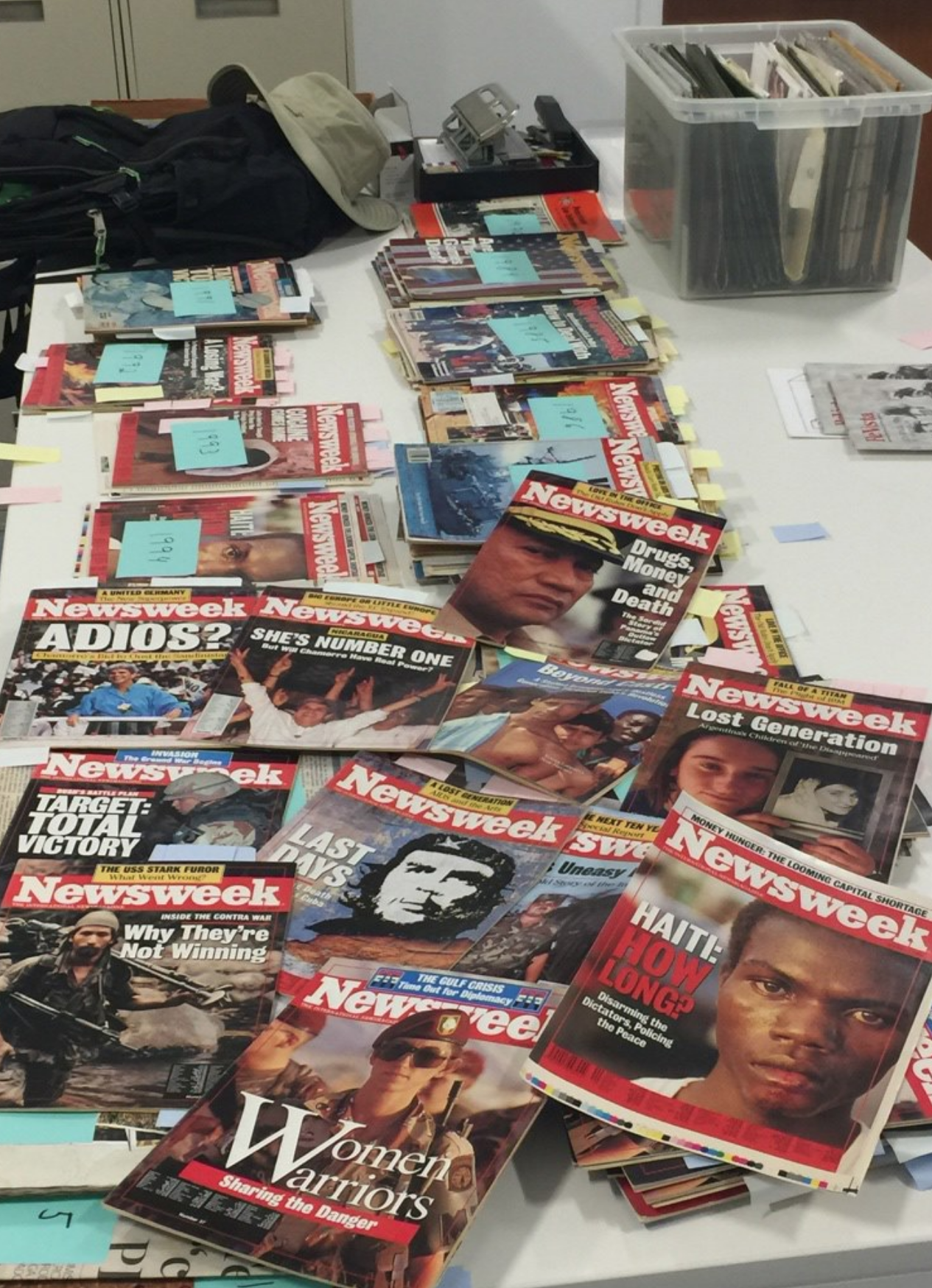 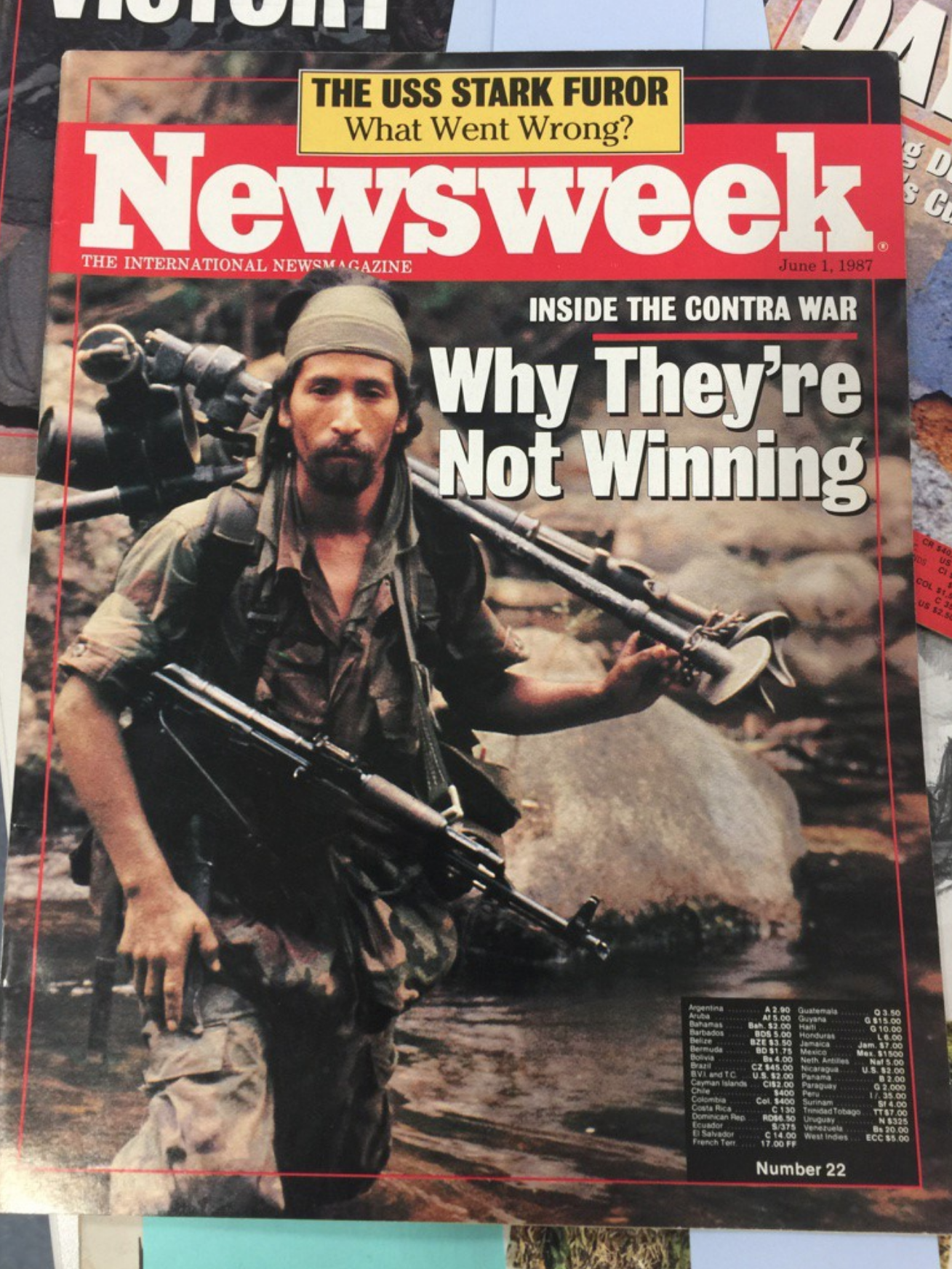 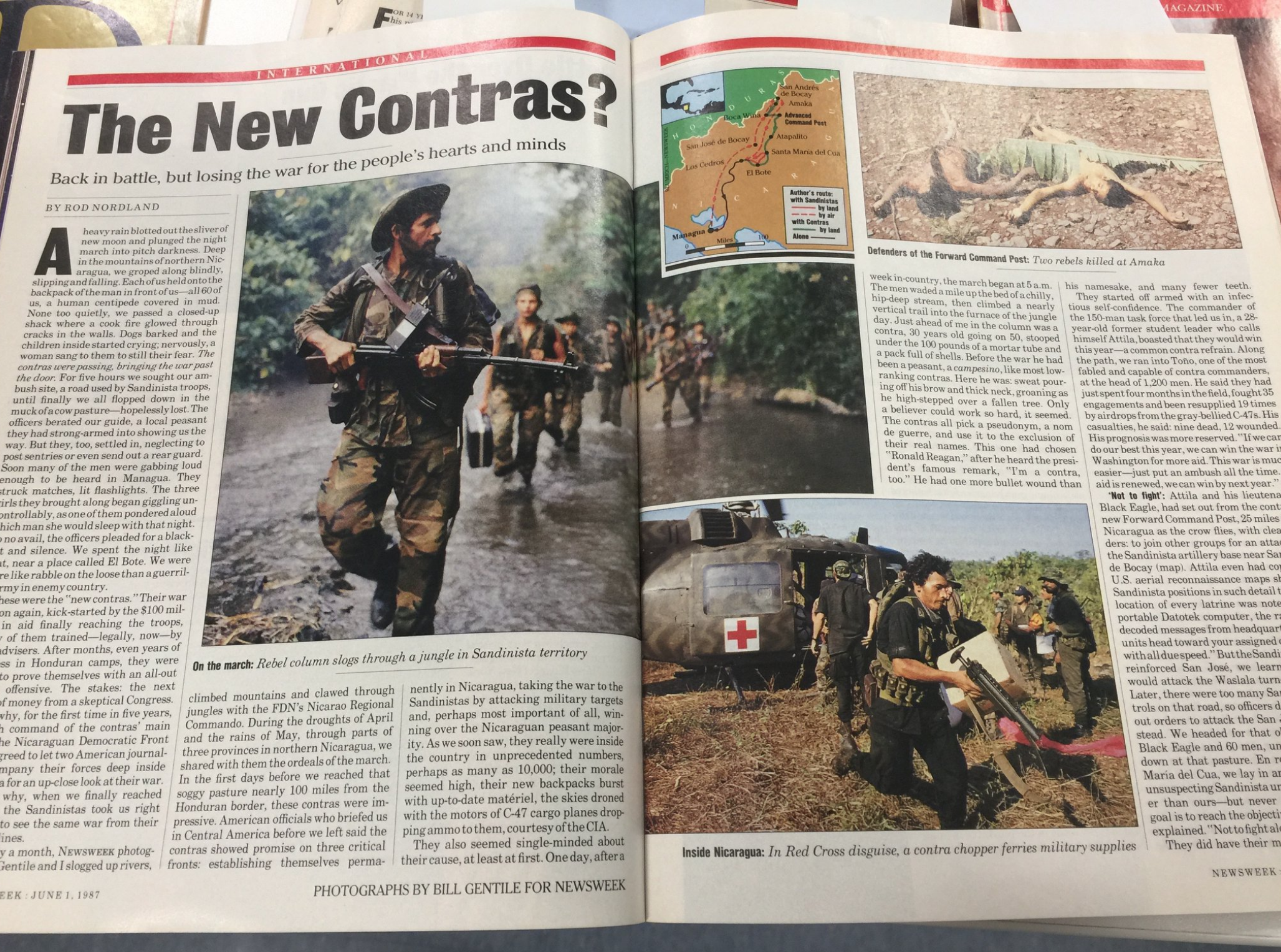 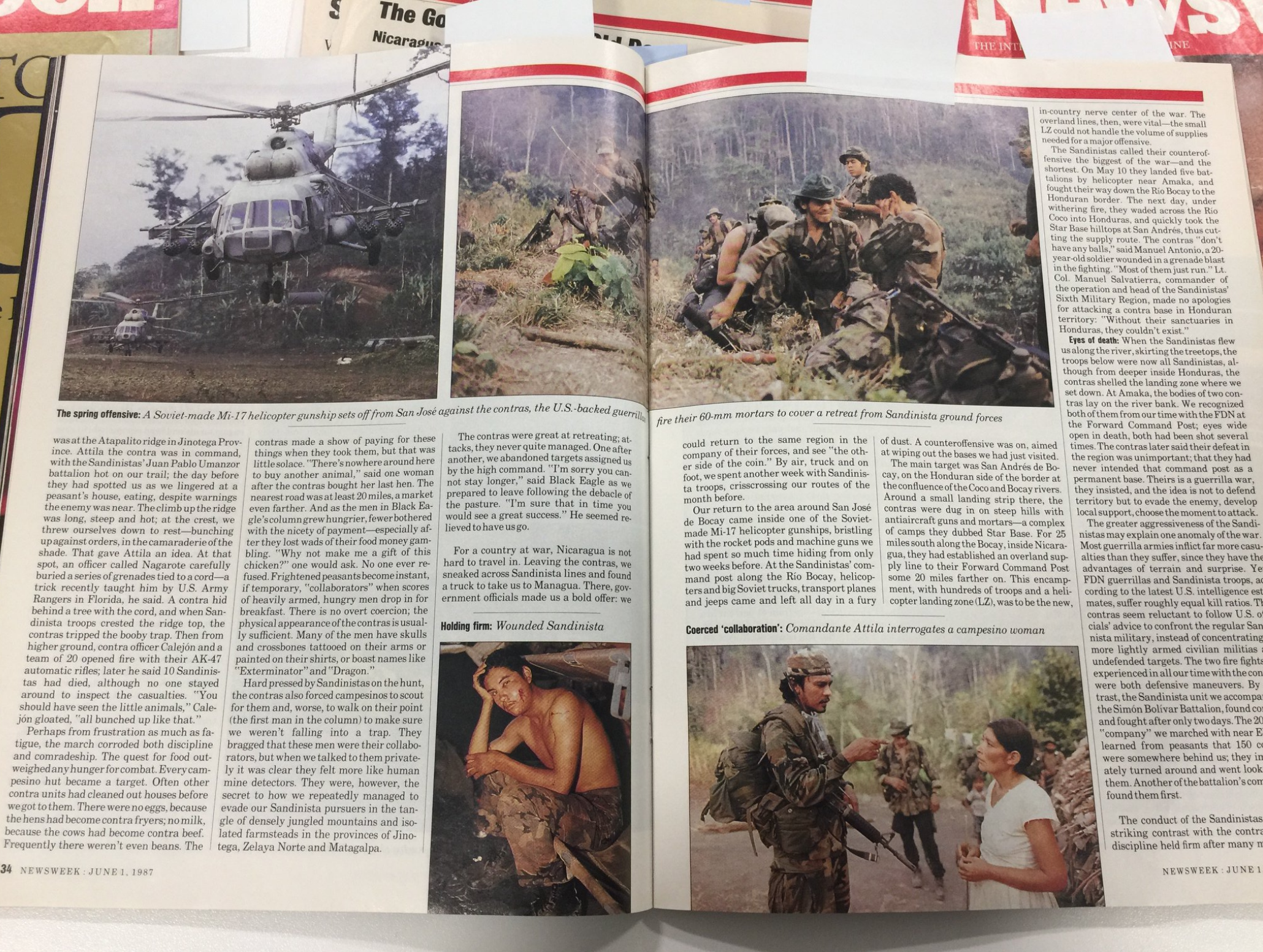 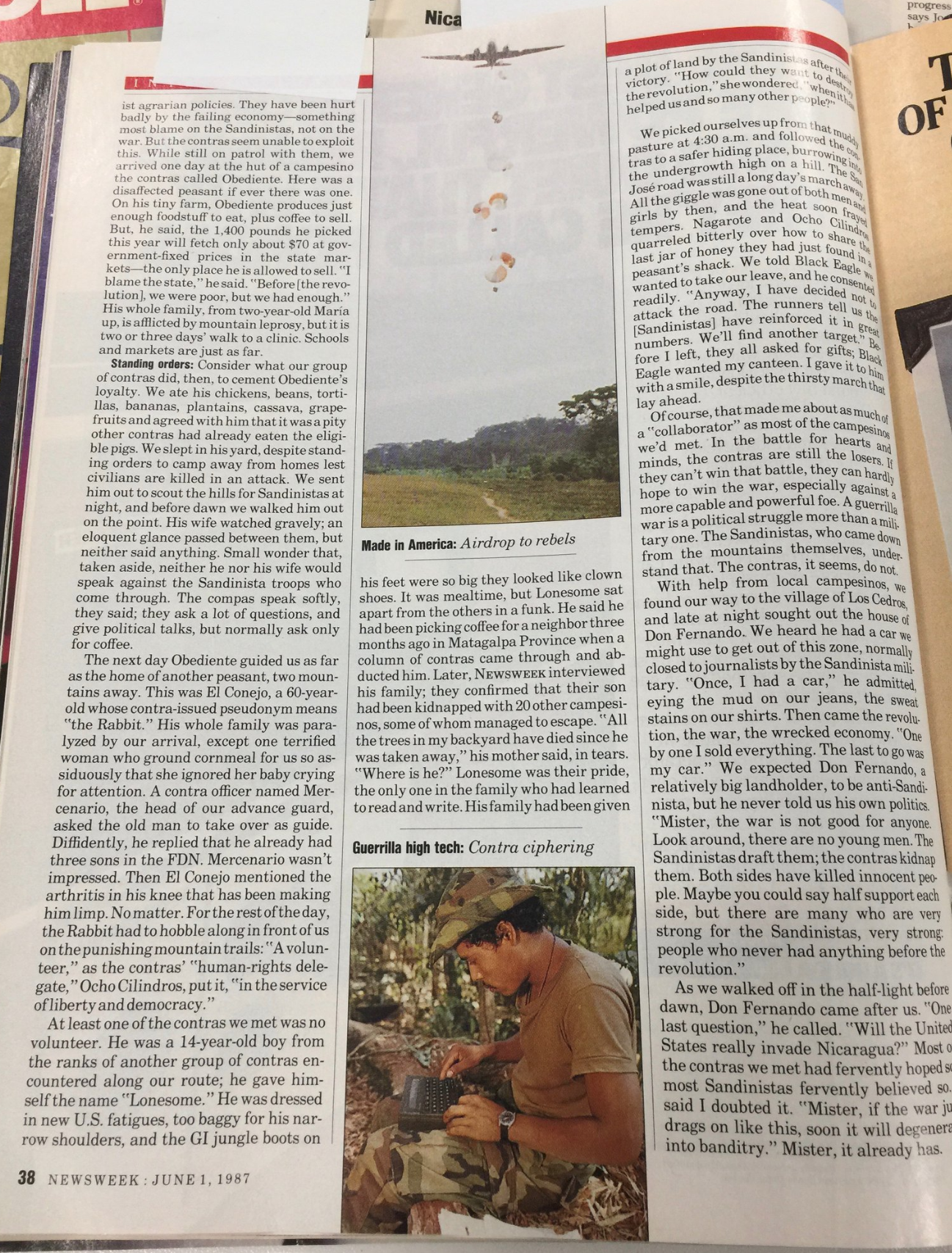 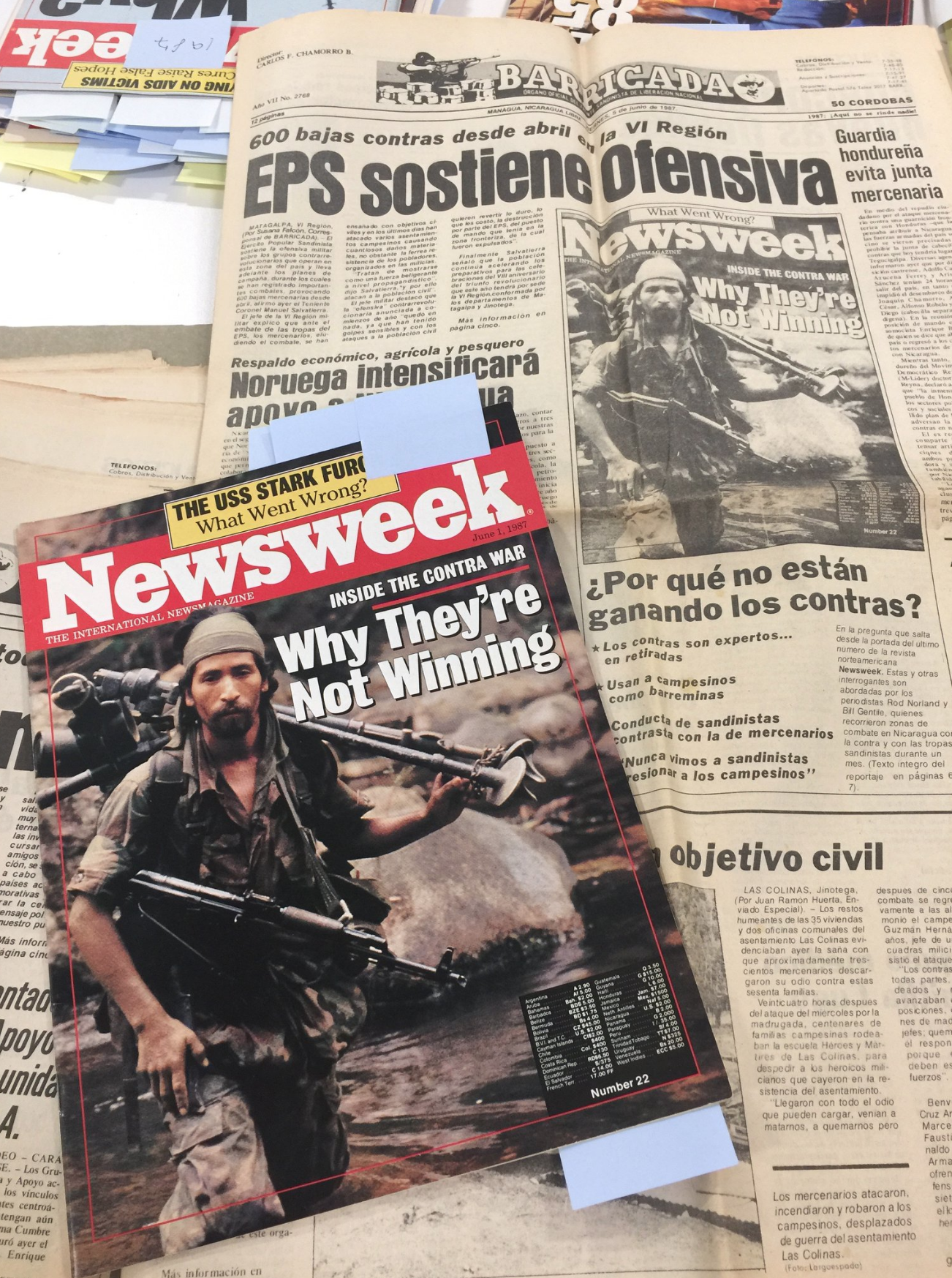 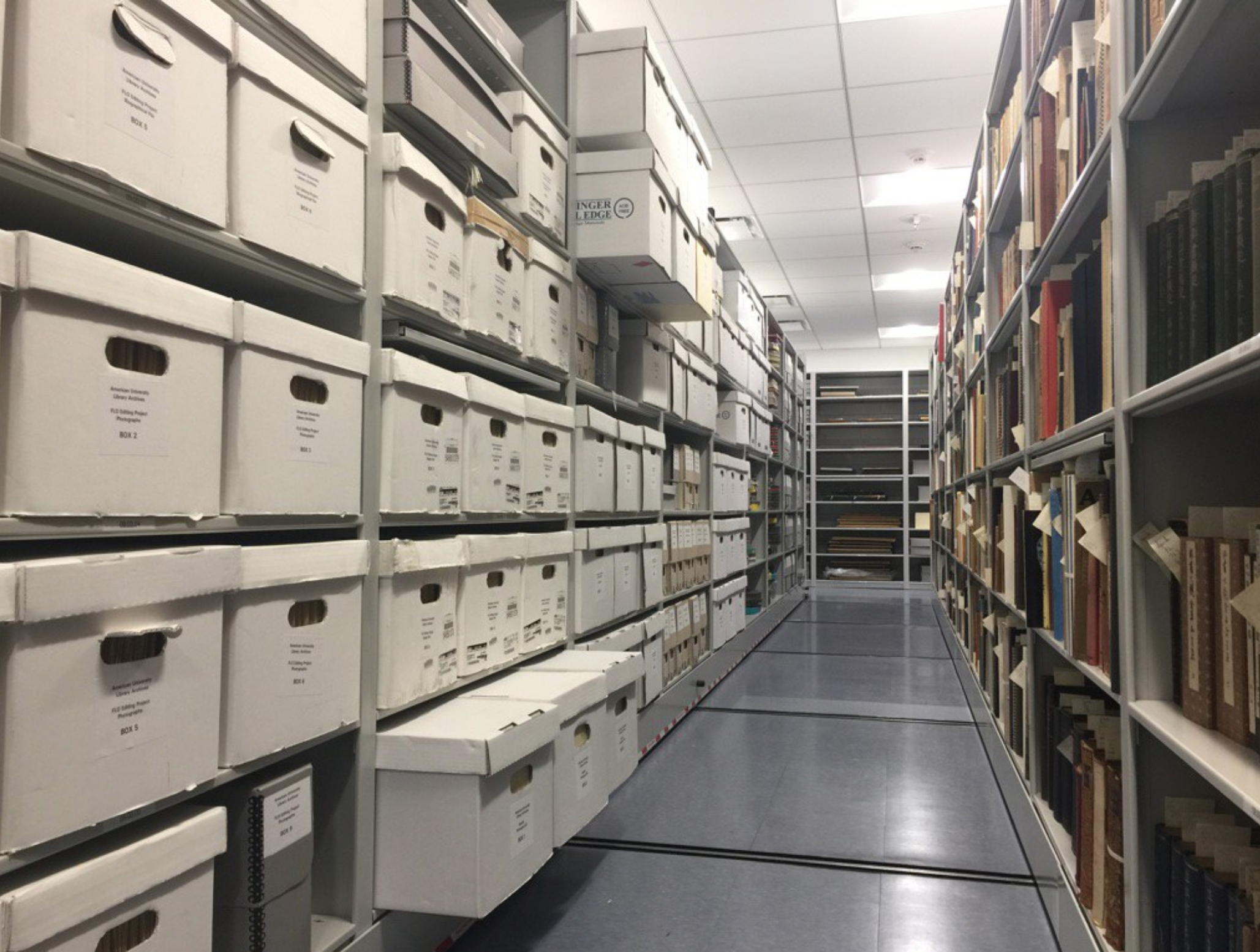