A BULLET IN THE HEAD 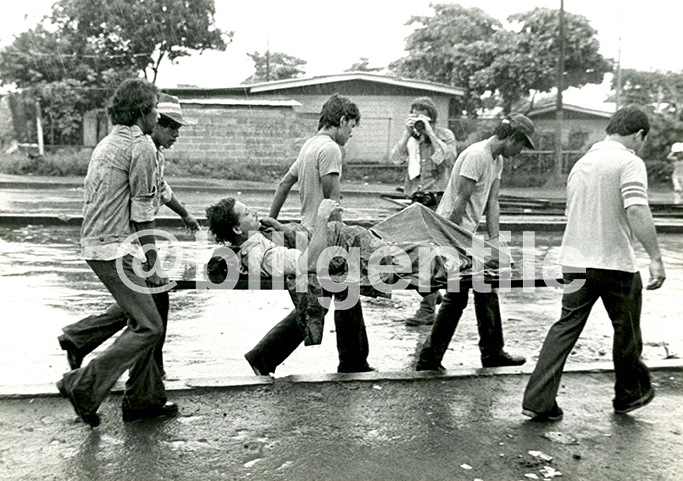 MANAGUA, Nicaragua, 20 June 1979 — As it became clear that the U.S.-backed Somoza dynasty was in trouble, journalists from around the world converged on Managua to cover this “David vs. Goliath” story: An impoverished people rose up to cast off a cruel, oppressive regime supported for decades by the most powerful nation on the planet, i.e., the United States of America. These journalists included a team led by ABC television correspondent Bill Stewart, and since I was a “stringer,” or “freelancer,” for ABC Radio, I briefly worked with Stewart and his team as a translator.

By 1979 I was pretty fluent in Spanish, an asset essential to negotiate one’s freedom or one’s life with mostly young, scared, poorly trained, often exhausted and sometimes very pissed-off soldiers. Stewart had arrived on the scene after covering the revolution in Iran. He spoke no Spanish.

On June 20, 1979, a squad of Somoza’s national guardsmen manning a Managua checkpoint stopped the van carrying Stewart and his colleagues. (As it happened, I had left the ABC team two days earlier.)

Stewart and his Nicaraguan translator approached the soldiers as the camera and sound men in the van secretly filmed the event through the windshield. One of the guardsmen made Stewart kneel, then lie face down on the city street. He kicked Stewart once in the ribs and then pumped a single bullet into the back of his head. Guardsmen also killed Stewart’s Nicaraguan translator, out of sight of the cameraman recording the killing from inside the van.

In response to Stewart’s killing, the vast majority of journalists covering the revolution evacuated the country, some in protest and others out of concern for their own safety. I was one of the stubborn handful who stayed. John Hoagland was another. I was working for United Press International (UPI). Hoagland, a freelance photographer, was working for the Associated Press (AP). The two agencies were bitter rivals, always competing to deliver the best print and photo coverage — and to deliver it sooner than the other.

Journalists who work for competing outlets normally don’t work together but Hoagland and I teamed up (1) because we didn’t yet fit in with the big guns who were shooting for Time and Newsweek making $300 a day and (2) because we were hungrier than wild animals and would do anything to get a picture, sometimes doing stuff a lot crazier than the magazine folks were willing to do.