Closing In on “FREELANCERS” 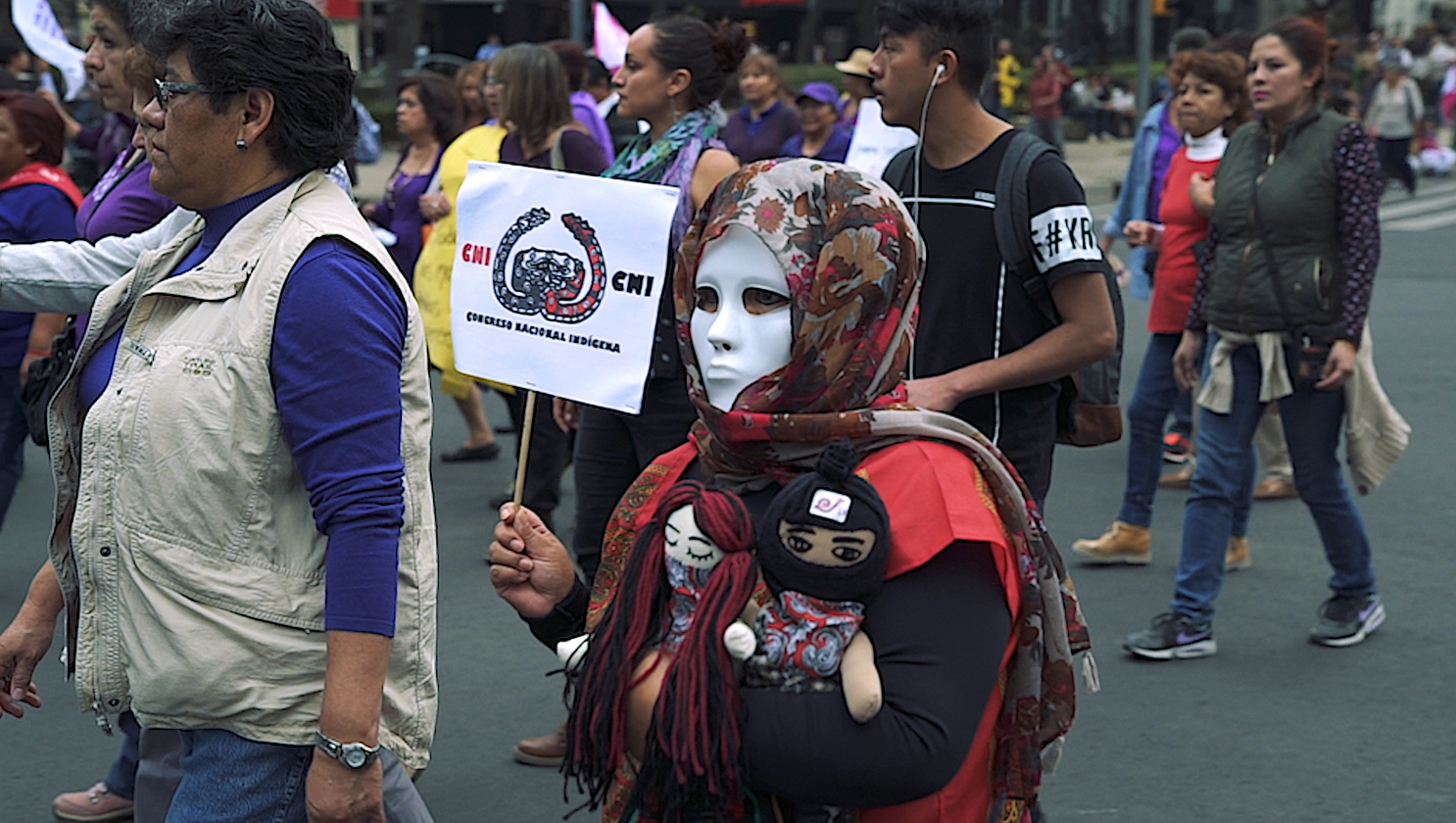 MEXICO CITY, 8 March 2017 — A masked participant proceeds down the Avenida de la Reforma, a principle avenue in the Mexican capital, in a march for women’s rights. American University graduate student and Teaching Assistant Matt Cipollone made this image (taken from the video he shot) when we traveled to Mexico to shoot “FREELANCERS with Bill Gentile.” This is the first in a series of documentaries exploring how a new breed of freelance foreign correspondents is filling the void left by the exodus of mainstream media covering foreign events.

It was in Mexico where I launched my own career as a freelance foreign correspondent in 1977, just after graduate school. “FREELANCERS” is supported, in part, by American University, where I created and where I teach the course, “Foreign Correspondence.” So this project blends in perfectly with my teaching responsibilities at the university, and with the overall objective of the institution, which is to encourage students to embrace — and perhaps to help change for the better — the world we live in.

During the Indiegogo campaign, I’ll be asking NOT just for contributions. I’ll be asking contributors to help show the world who these independent freelance foreign correspondents are, and how they send us the information we need to make crucial decisions about our lives and the countries we live in. We’re all in this together. And the stakes are so high.