A Break In the Battle … 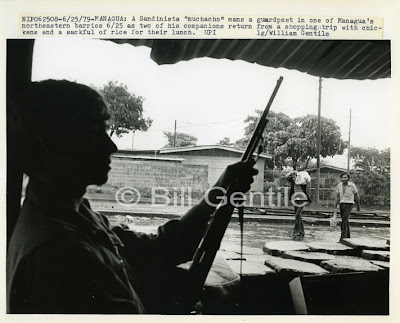 25 JUNE 1979 — Anti-government rebels holding positions behind barricades take a break from the battle against Nicaragua’s Somoza dictatorship. Into these poor “barrios” or slums, journalists like myself ventured each day to document the conflict. And because the vast majority of the foreign press corps had fled the country after the killing of ABC correspondent Bill Stewart, we felt a heightened sense of responsibility to tell the story of this Central American nation at war with itself.