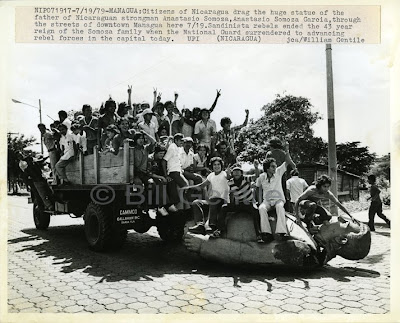 19 JULY 1979 — Nicaraguans tore down remnants of the Somoza regime as they celebrated the birth of a new nation. It was an extraordinary scene. Relatively few journalists have the opportunity to witness and to report on watershed events such as this. I feel privileged for having been able to do so.