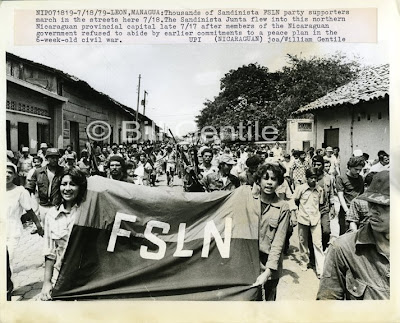 18 JULY 1979 — With President Anastasio Somoza Debayle having fled Nicaragua just ahead of a tidal wave of violent opposition, his supporters still in the country jockeyed for power. The Sandinistas called any alternative to their rule “Somocismo without Somoza,” and rejected it as “unacceptable.”

Above, Sandinistas and their supporters marched victoriously and defiantly through the city of Leon, Nicaragua’s second largest.