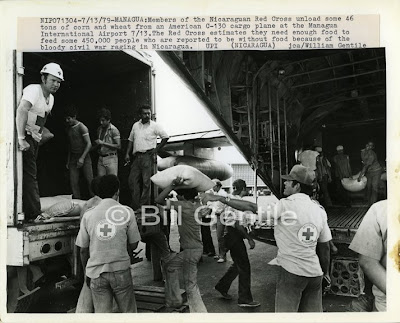 13 JULY 1979 — As the Somoza regime clung to power during its final days, hunger spread across Nicaragua. Above, the Red Cross delivered emergency food supplies to a country disrupted by war and whose population no longer was able to feed itself.