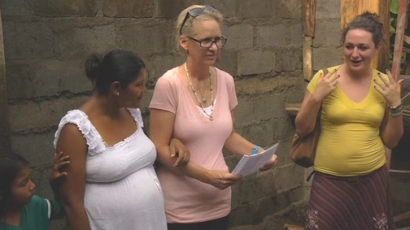 WASHINGTON, DC, 24 July 2011 — This is the eighth in a series of video snapshots, or vignettes, unedited but mostly chronological clips that I was able to produce while conducting my “Backpack Documentary Expedition: Nicaragua,” of 24 June through 3 July 2011. This video depicts a dedication ceremony of the house (La Casa) that volunteers associated with the New York-based NGO, Bridges to Community, built in the town of Ticuantepe. The volunteers visited Nicaragua to help build four houses in as many days, part of the group’s broader endeavor of community development and strengthening ties between the United States and that Central American nation. You can watch the video on YouTube or on Vimeo.