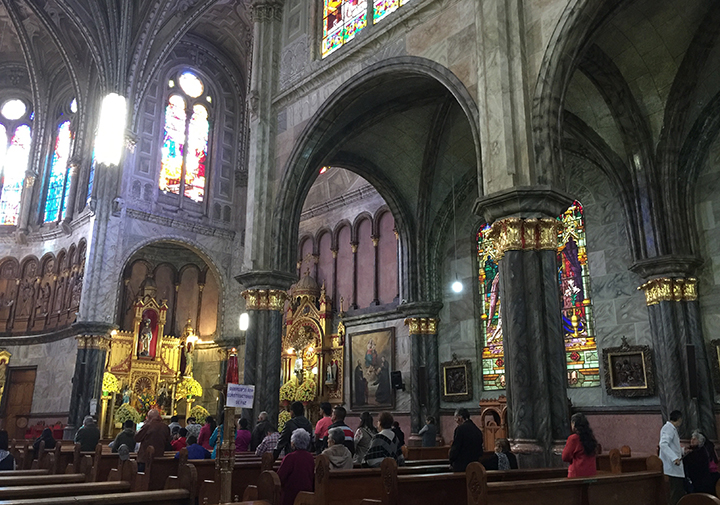 PASTO, Colombia, 26 June 2016 — This city prides itself in its deep religiosity, calling Pasto the most Catholic city in the province of Nariño — if not in all of Colombia. And the church here seems to wield significant influence on daily life.

I’m on assignment for American University’s Center for Latin American and Latino Studies (CLALS) to assist a student who won one of this year’s AU-Pulitzer Center International Reporting Fellowships. Camila DeChalus is working on a film about how Colombian coffee growers, with the assistance of Catholic Relief Services, (CRS), are coping with the impacts of climate change. The church here is deeply involved in this work. So to illustrate this point, Camila and I spent part of the day attending masses in some of the numerous churches that dot this mountain city.

We also wanted to gauge the church hierarchy’s reaction to the peace accords signed last week in Havana. The accords are designed to end the decades-long conflict between the Colombian government and leftist guerrillas fighting to overthrow it. Experts say the conflict has claimed some 220,000 lives in the past 55 years.

The sermons we heard all favored an immediate return to peace, but the priests delivering the sermons seemed not to openly favor or to oppose the peace accords.

Colombians with whom Camila and I spoke seem be divided on the issue of the peace accords. All Colombians yearn for an end to the conflict, but some support the accords and others oppose them. Critics of the agreements say the government has given too much to the guerrillas who signed the agreement, arguing that the rebels should be punished and somehow make amends before being allowed to return to society.

A second, smaller, guerrilla group has yet to sign a peace agreement.

Colombia may not be at war, but it is not yet at peace, either. In addition to the rebel organizations, right-wing paramilitary groups and common criminals still prey on civilians.

Though the essence of Camila’s work here is “religion and climate change,” the work of CRS here raises a number of questions, posed in part by Eric Hershberg, director of AU’s Center for Latin American and Latino Studies (CLALS). In addition to helping the poor cope with the impact of climate change, the organization is making a conscious effort to bring poor peasants, isolated in mountainous regions by decades of violence, out from the shadows to once again trust their neighbors and society at large. What is it that induces CRS employees to do what they do? What is it about their Catholic faith, or about the church’s institutional sense of mission and interests, that motivates CRS to do this kind of work? Are there actions that they take, and that others do not, because they see themselves as acting as Catholics? And to what extent, if any, does their work gain greater influence or impact in the public arena because it is being done by Catholics, and/or in the name of the Catholic church, than would be the case if they were simply another NGO or secular outfit? It is these questions, and more, that Camila and I seek to answer.

NOTE: It is common to see the poor and the destitute at the door of churches across Latin America, and Colombia is no exception. To be fair, the young woman pictured in one of these images did give money to the old man at the door. 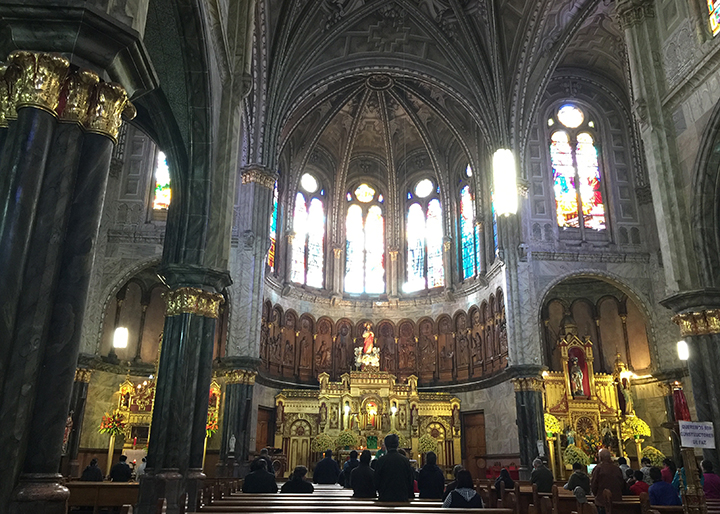 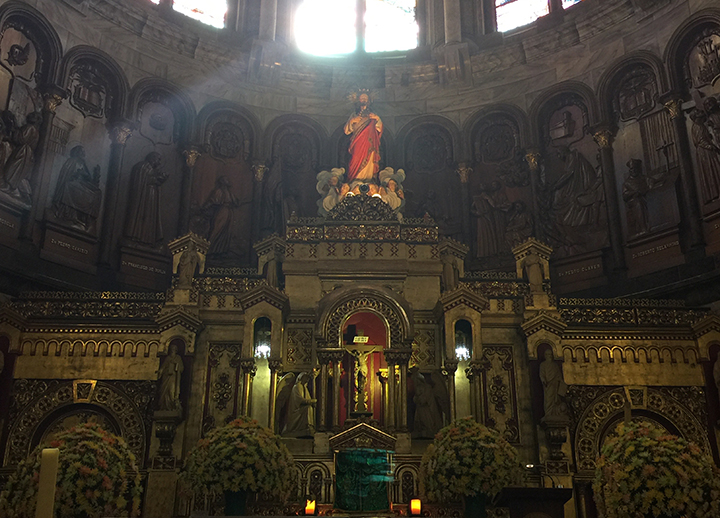 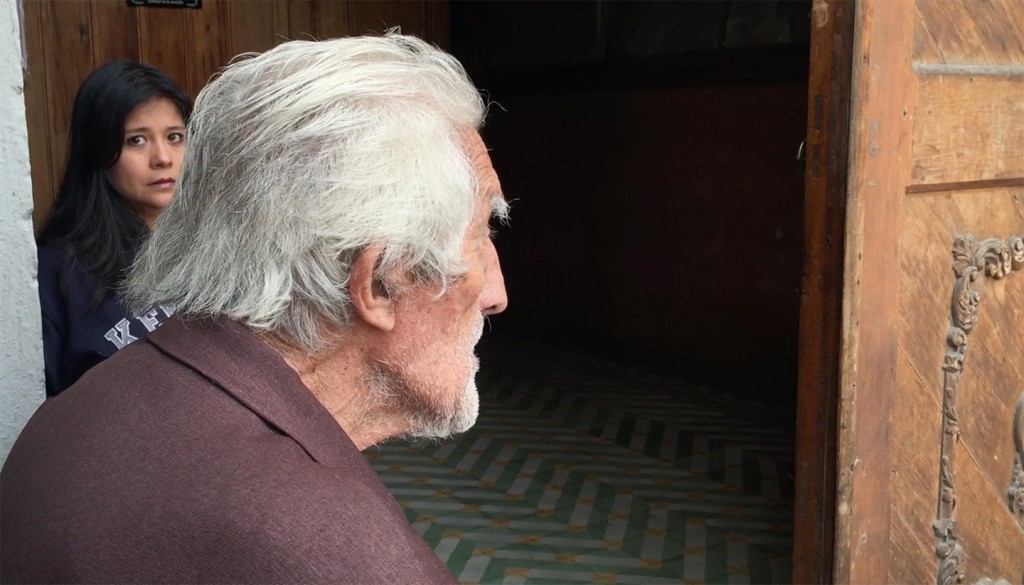 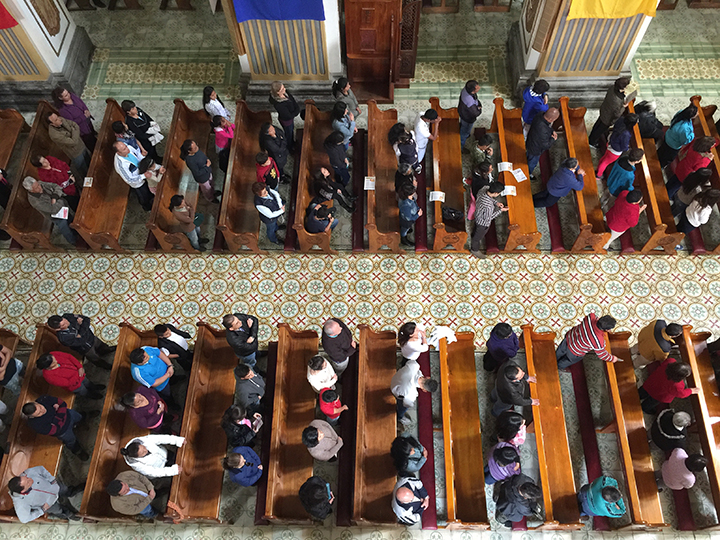 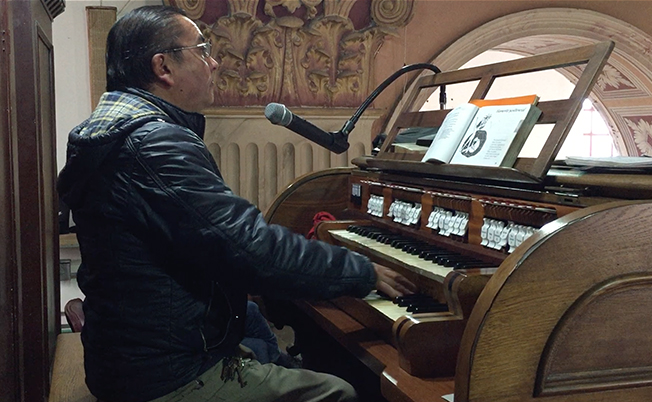 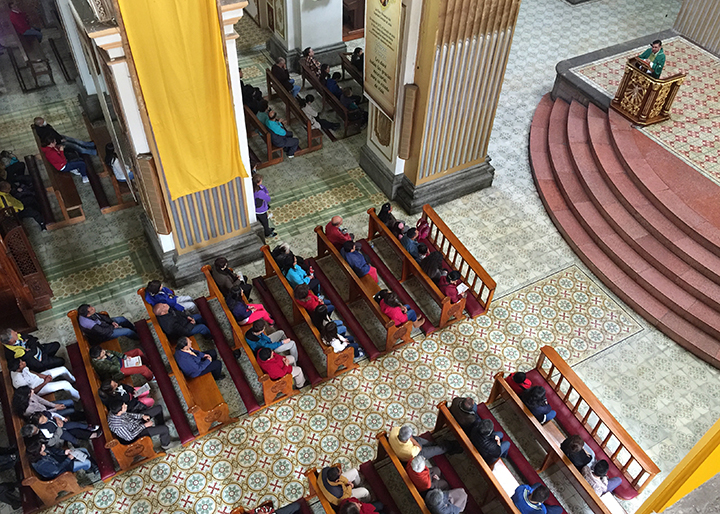