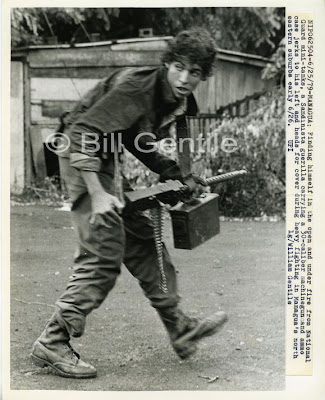 25 JUNE 1979 — A tenuous lull in fighting erupts into gunfire between members of the Sandinista National Liberation Front (FSLN) (above) and the National Guard of Nicaraguan President Anastasio Somoza.