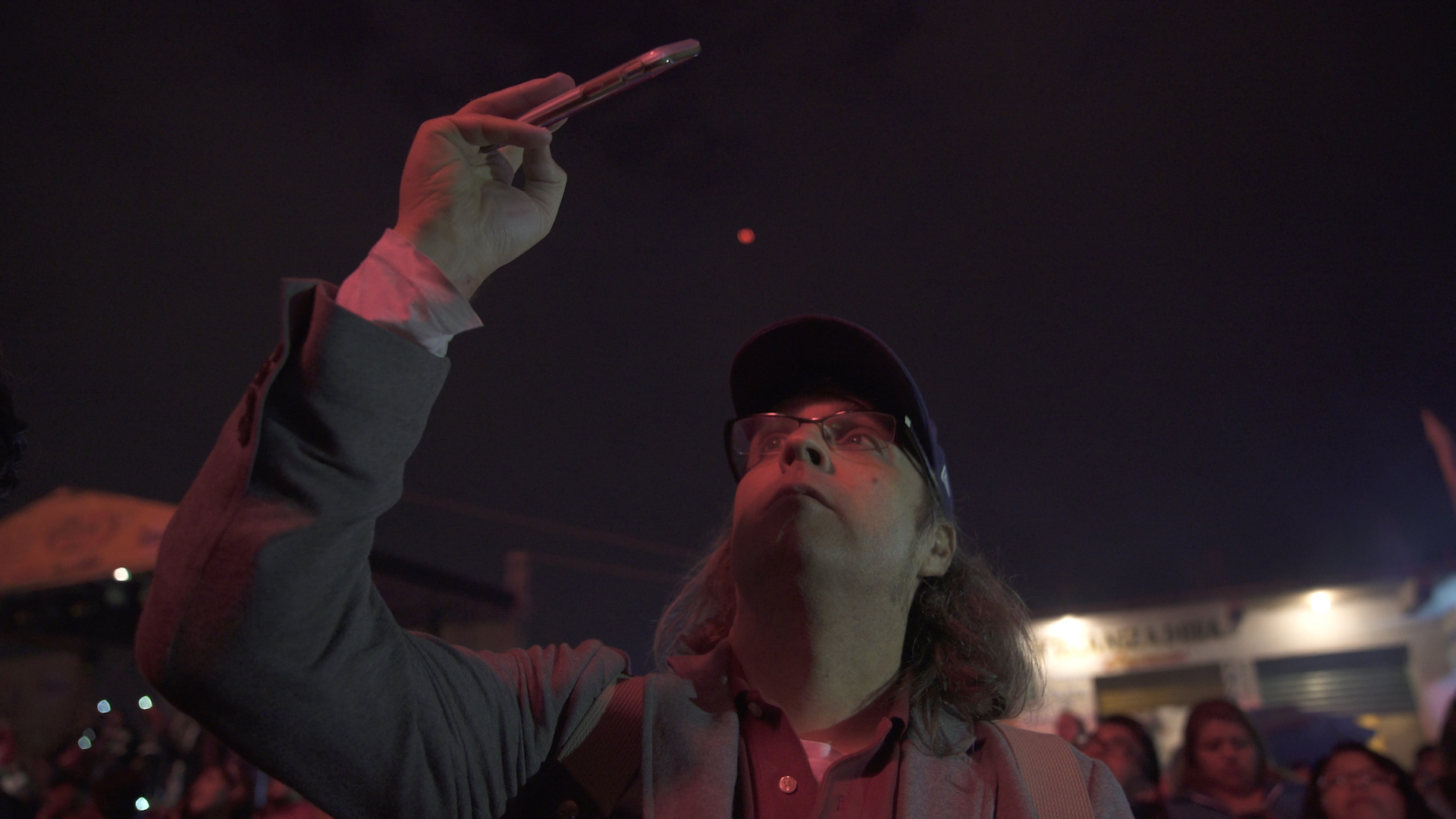 WASHINGTON, DC, Day 23 of 40 — Freelance foreign correspondent David Agren uses a cell phone to make images of fireworks at the city of Tultepec, just north of Mexico City. David is one of the characters in my upcoming documentary series, FREELANCERS, about the new generation of journalists filling the void left by mainstream media retreating from foreign news coverage.

David also is a student of human nature. During interviews with him in March 2017 when graduate assistant Matt Cipollone and I produced the pilot for the series, David recounted his special approach to reporting. He covers “breaking news” but prefers to work on stories behind the breaking news. The “whys” and  the”hows” of those stories. He is fascinated by the people and the culture in Mexico, where he’s been based for the past eight years. And that fascination has made him an avid student of our southern neighbor.

He currently writes for The Guardian, The Washington Post, Catholic News Service, Maclean’s magazine, The Economist and USA TODAY.

FREELANCERS explores how a new generation of daring, determined and tech-savvy journalists increasingly fill the void left by mainstream media outlets cutting staff and closing bureaus abroad, and how their search for truth on the ground is transforming the craft of foreign correspondence.

For a closer look at FREELANCERS, please click HERE, or here: https://www.indiegogo.com/projects/freelancers-with-bill-gentile-mexico/x/13900262#/