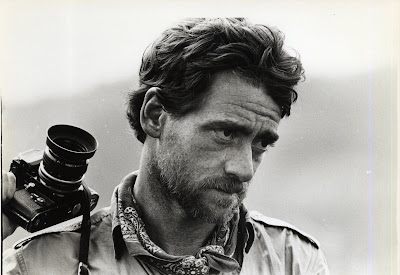 WASHINGTON, 29 August 2009 — The documentary, “Nicaragua: An Unfinished Revolution,” recently was broadcast by Al Jazeera English. It was reported by Lucia Newman, a colleague from my Central America days who now works for that broadcast outlet.

I was interviewed for the piece because I had covered the 1979 Sandinista Revolution, and because I later spent so many years living and working in Nicaragua. (See image above made by Scott Wallace while we were on patrol with Sandinista soldiers during the Contra War.) I’ve had a lot of people ask me, including Al Jazeera English, how I feel about the fact that things haven’t turned out so well for the vast majority of Nicaraguans who still live in poverty. Nicaragua now is the second poorest nation in the Western Hemisphere, after Haiti.

I’m convinced, I tell them, that U.S. interference in Nicaragua following the Sandinista Revolution derailed the country’s search for its own identity, destiny and self-determination. Left alone, Nicaragua would have found its own way and probably would be a better place for most Nicaraguans today.