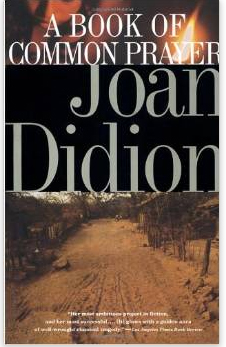 WASHINGTON, DC, 19 August 2014 — I received confirmation this morning that two of the images from my book of photographs, “Nicaragua,” will be used as the cover of Audible’s audio edition of “A Book of Common Prayer,” by Joan Didion. This is a great honor, with so much connective tissue.

I never had the pleasure of meeting Joan Didion, but I knew Didion’s daughter, Quintana Roo, who spent some time in Nicaragua during the 1980s. At the time I was working as a photojournalist, and Quintana was interested in the craft. She actually spent more time with my youngest brother Rob (also then a photojournalist) than she did with me, but I remember her as being a pleasant young woman.

I’ve read Joan’s book, “Salvador,” quite some time ago. It is a riveting account of life in that Central American nation during the civil war. From what I understand, John Hoagland spent time with Didion, showing her around Salvador and explaining some of the harsh realities of one of the darkest, most violent corners of the earth at that time.

I plan to purchase “A Book of Common Prayer.”