Rumors of No More War 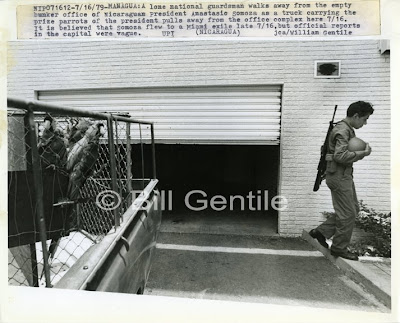 17 JULY 1979 — The national convulsion had nearly ended. As the caption of the above picture states, it was rumored that Somoza had fled the country. American and Nicaraguan politicians maneuvered to fill the vacuum. Maneuvered for power. But the opportunity for negotiation had long evaporated. Having exhausted all the peaceful means for change, men and women of Nicaragua had taken up arms to determine their own destiny. And it is they who would soon take the stage.