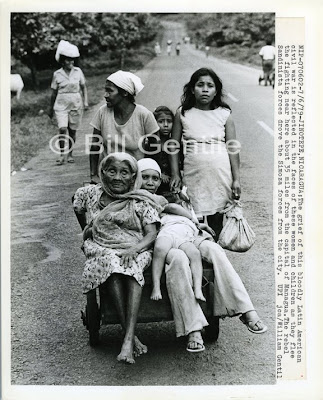 6 JULY 1979 — Nicaragua by this time had become a land disrupted. Normal life no longer existed. Tens of thousands of Nicaraguans had either fled the country or taken refuge away from their homes to stay clear of the violence. The poor, of course, are always the most victimized in these conflicts, because their alternatives are so few.

So conspicuous in these photos, especially as I look at them today, is the absence of young men among the civilian population. Teenage boys and young men feared that the National Guard would accuse them of collaboration with the Sandinistas, which could be a death sentence. So they disappeared.