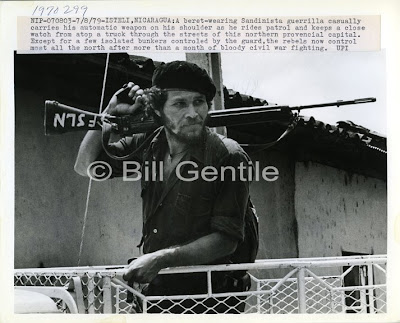 8 JULY 1979 — A Sandinista fighter exudes confidence as he rides in the back of a pickup truck through the streets of the city of Esteli. The scene of ferocious fighting, the city at this point is largely controlled by the rebels. Much of the northern sector of Nicaragua also is under Sandinista control as the dictatorship’s grip on the country weakens.