The Price Paid to Practice Our Craft 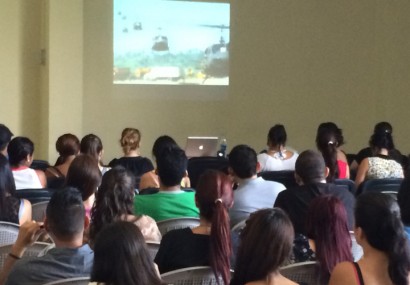 SANTA ANA, El Salvador, 18 September 2014 — I met with a room full of students at the Catholic University of El Salvador (UNICAES) in the western city of Santa Ana and showed them a rather graphic film of journalists covering violence during the Civil War of the 1980s.

I believe it is important that Salvadoran journalists too young to remember that conflict be reminded how some of their predecessors suffered and died for the privilege of practicing our craft. I think it was a lesson that they had yet to learn before my arrival.