“Through Their Eyes,” the Trailer 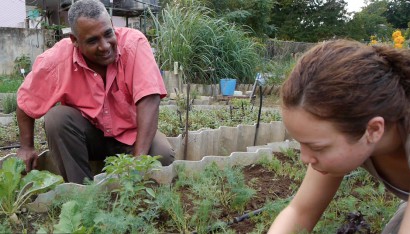 WASHINGTON, DC, 19 November 2012 — This is the trailer of our upcoming film, “Through Their Eyes,” about six American University students who studied in Cuba during fall semester 2011. You can watch it HERE.

We get to know this diverse group of students as they explore Cuba. Each changes in subtle but profound ways as the result of the time spent on the island — forbidden to most Americans because of the decades-old economic embargo against the Castro government.

I spent the entire four-month fall semester 2011 with the students, teaching my “Photojournalism and Social Documentary” class. They took four other classes, but from Cuban professors. I filmed the documentary during my time there. My Cuban-born wife, Esther, produced much of the film, as she accompanied me on the trip for about two and a half months. In so many ways, this film embodies the methodology that we refer to as “backpack video journalism” that I introduced at American University’s School of Communication in 2007 and that has become so popular ever since.

Especially now, as the Obama administration loosens restrictions on travel and trade to Cuba, and as the Cuban government opens its doors to economic change, this film and the students’ experiences are more timely and more pertinent than ever.

The official release of the film will be announced soon.