To Serve and To Protect? 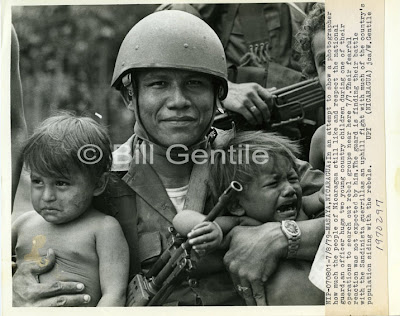 8 JULY 1979 — Thirty years ago, this image impressed upon me the profound disconnect between what a country’s armed forces contended to be and what they actually were. Three decades after I made this picture, that impression is the same. What is most sad about this image, I think, is that the National Guard member pictured in it was probably as trapped by circumstance as were the poor young boys in his grasp.

Just moments after I made this image, the commanding officer of the patrol expelled me from the group. I think he understood what I saw.