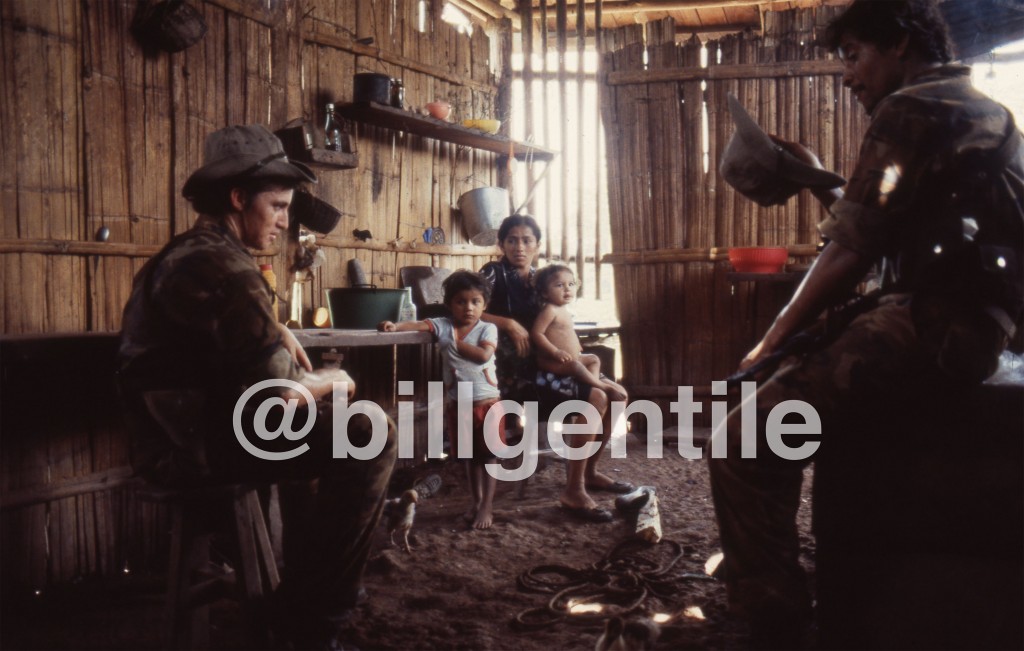 Excerpted from the memoir sub-titled, “A True Story of War, Love and Rock & Roll”

Lt. Francisco Noel Talavera (L) is a 19-year-old from the northern mountain city of Jinotega. He has a bad complexion and the habit of spitting through the gap in his two front teeth. He also happens to be the commander of three of the seven companies in the elite, Simón Bolívar Battalion of the Sandinista Peoples’ Army. Talavera has an extraordinary sense of himself, of the importance of his role and of his ability to execute that role. There is a cordiality between us from the start. By this time, I had gotten to know the battalion commanders so well that they would just take me out into the field with them. I am a photojournalist covering the war any time I want to, as opposed to doing what the rest of the mooks in the foreign press corps have to do to arrange trips to the mountains. They have to go through the Sandinista Defense Ministry with a written request that could take weeks, or forever, to get through the bureaucracy, before getting a written permit to go north where the war is being waged. On that morning Talavera asks if I would like to accompany him and his troops on a mission so my colleague and I look at each other and go something like, “Fuckin’ A!”

NOTE: This excerpt is one of many in a series preceding the release of my upcoming memoir. The manuscript is sub-titled, “A True Story of War, Love and Rock & Roll.” Read more about the Simón Bolívar Battalion when my memoir is published.