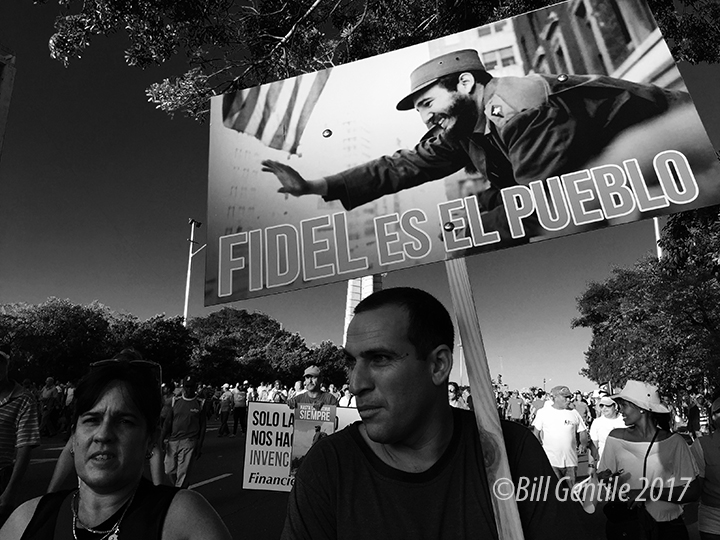 This placard depicts a very young Fidel Castro, who rose to power in January 1959. The parade took place only weeks after Castro’s death in November 2016. Many Cubans still are processing the fact that Castro is gone.

My Cuban-American wife, Esther, and I visited her family on the island over the Christmas holidays.