Freelancers and “Beyond War” 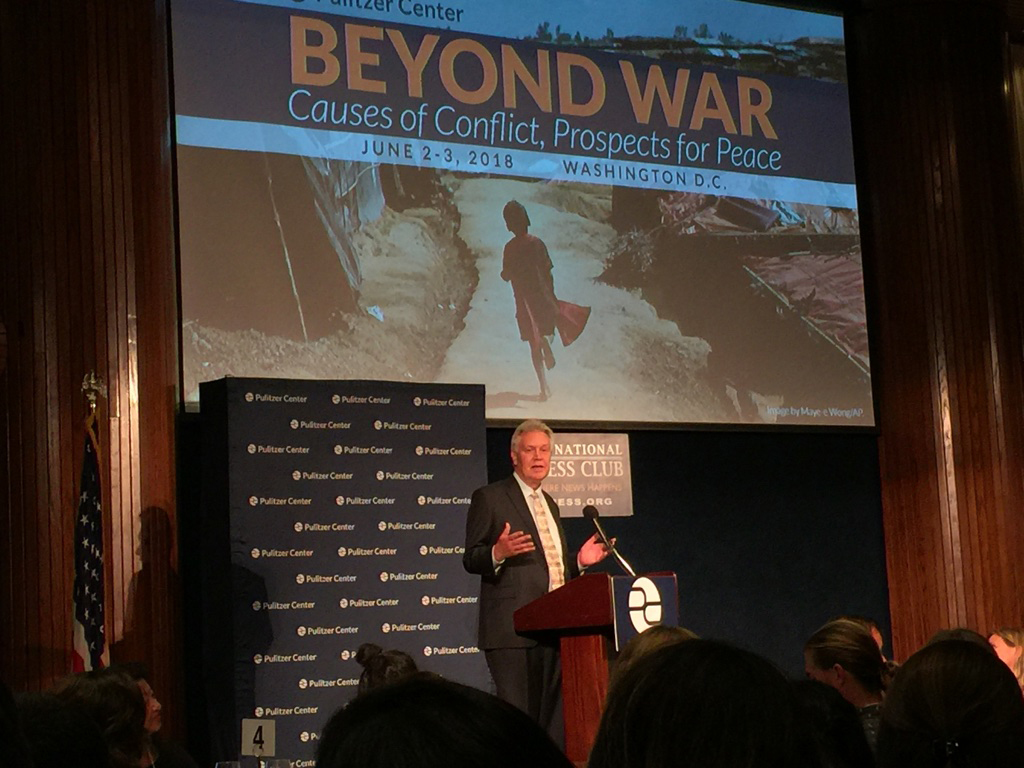 WASHINGTON, DC, 2 June 2018 – Jon Sawyer, Founder and Executive Director of the Pulitzer Center on Crisis Reporting, addresses dinner guests at the Center’s “Beyond War Conference” at the National Press Club in the nation’s capital.

The Pulitzer event features two days of panels and workshops dealing with the issues of violence and conflict around the world – along with some of the most talented and accomplished journalists covering those issues. Most are freelancers. Among the panelists was Jason Motlagh, a multiple Pulitzer Center grantee who screened some clips from his upcoming documentary about the Rohingya crisis in Myanmar.

Just a few years ago I helped engineer a partnership between American University’s (AU) School of Communication and the Pulitzer Center. That relationship has helped co-sponsor international reporting fellowships for AU students traveling to Mexico, Thailand, Colombia, Borneo, Laos, Peru and, this fall, El Salvador. Some of those students attended the event last night.

The argument about freelancers is the core of my upcoming documentary series, FREELANCERS with Bill Gentile. My graduate teaching assistant, Matt Cipollone, and I traveled to Mexico in March 2017 to shoot the pilot episode. Matt has graduated from AU and now works as a freelancer. 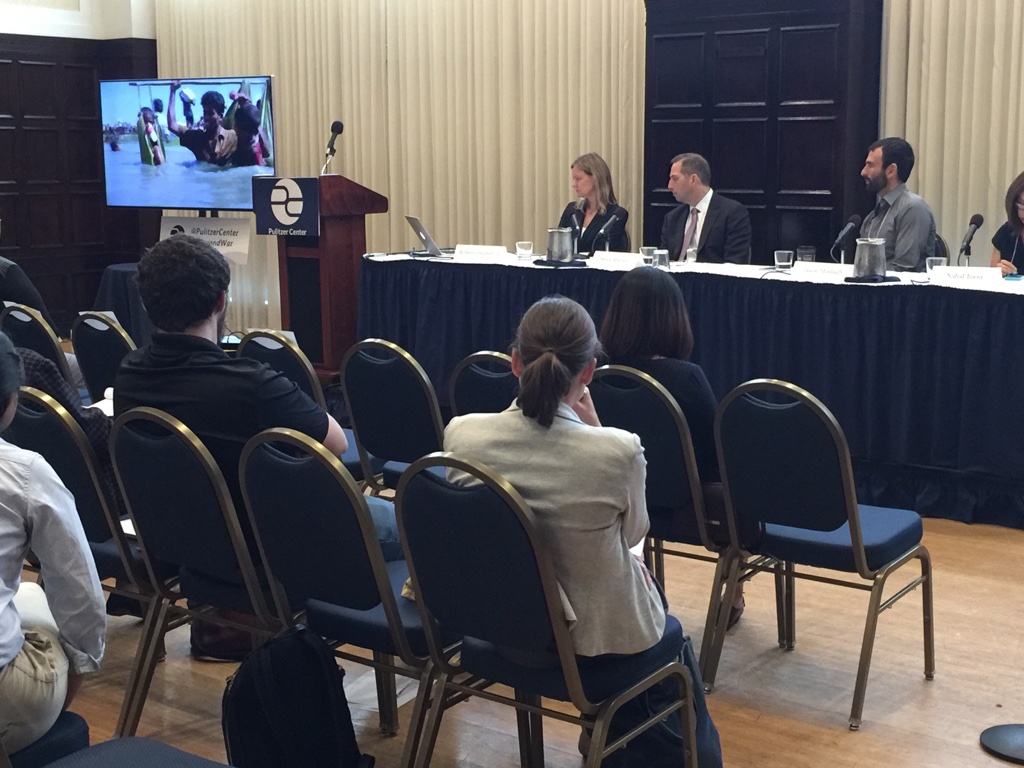 Jason Motlagh is on the far right, with beard. 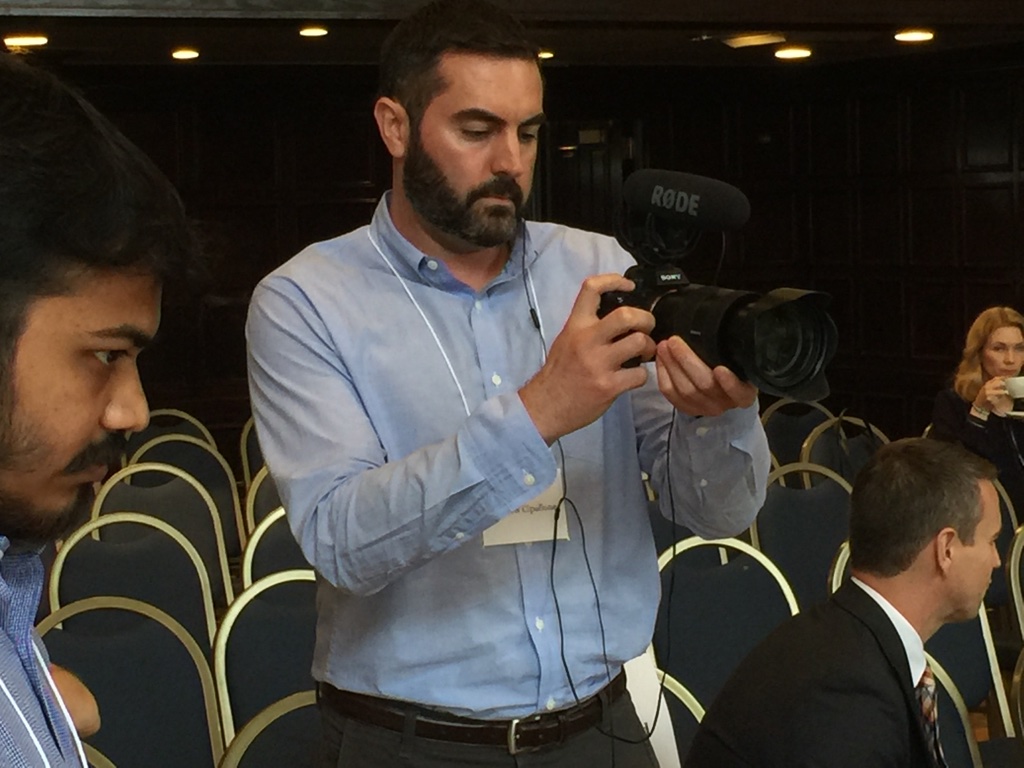