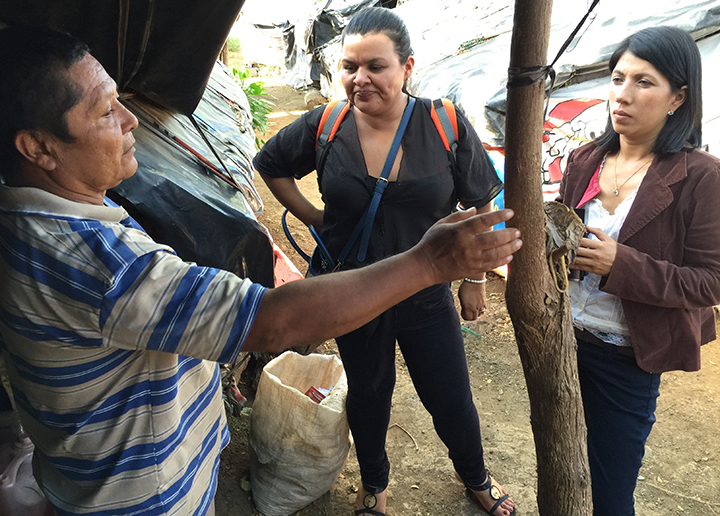 MANAGUA, Nicaragua, 8 December 2015 — Participants in my Backpack Video Journalism Workshop interview a peasant reportedly fallen ill after prolonged exposure to pesticides used on sugar cane plantations on Nicaragua’s Pacific coast. The peasant is one of hundreds protesting the lack of medical attention and recompense by the Pellas family, one of Nicaragua’s most wealthy families which owns the largest sugar plantation in the country.

According to a February 2015 report in The Guardian, “At least 20,000 people are estimated to have died of chronic kidney disease (CKD) in Central America in the past two decades – most of them sugar cane workers along the Pacific coast.”