“Moving forward and always to the left” 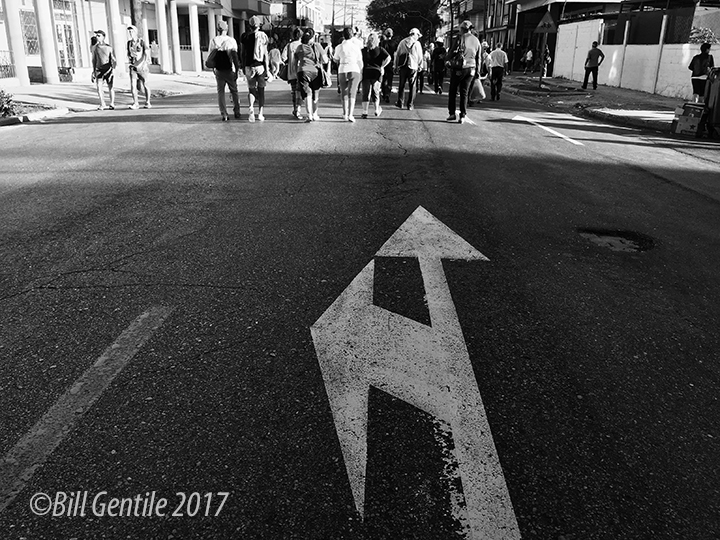 HAVANA, Cuba, 2 January 2017 – Cubans head for home after participating in a parade honoring the country’s Fuerzas Armadas Revolucionarias (FAR), or Revolutionary Armed Forces. Thousands of Cubans gathered in the Plaza de la Revolucion for the event.

Later in the day, while reviewing the images I made during the parade, I showed the pictures to a Cuban friend. This image is the last of the series that I’ve posted during the past several days. My friend looked at the people walking away from camera, and at the arrows painted on the street.

“Ah ha,” he said. “Moving forward and always to the left.”