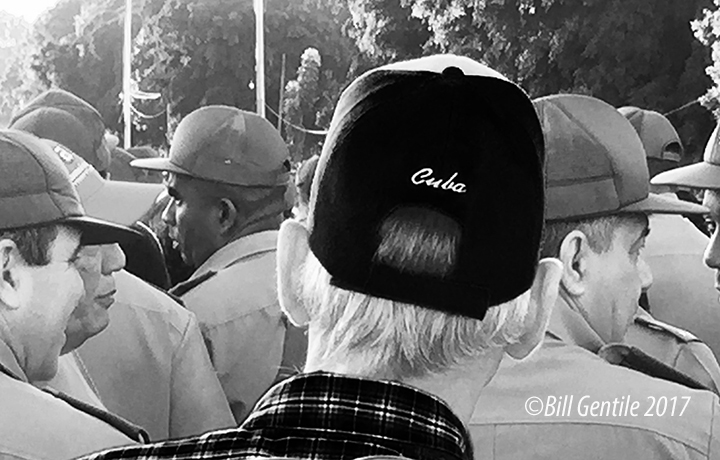 Here, members of the Cuban Army gather just after dawn with civilians on one major highway leading to the event.

I had expected to see a show of Cuba’s military might. Tanks. An array of military vehicles. Heavy weaponry. In other words, a show of force. But I saw none of it. Perhaps this reflected a decision by Cuban authorities who did not want to provoke the incoming U.S. administration — or not.

That’s the way it is in Cuba.