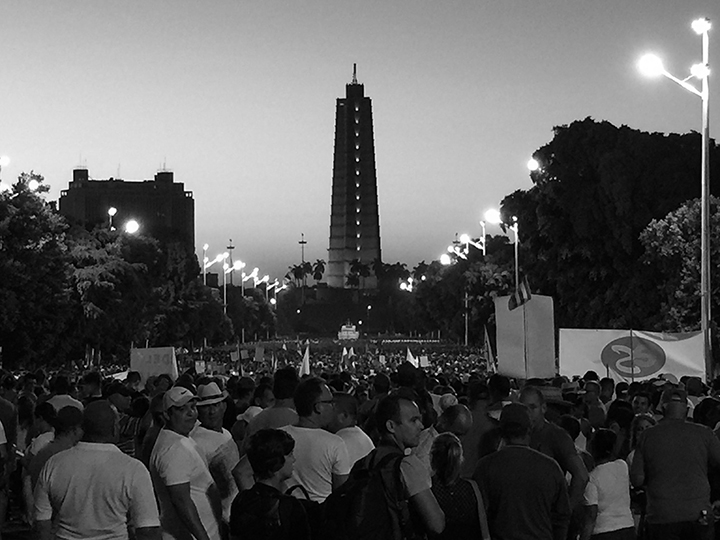 My Cuban-American wife, Esther, and I visited her family on the island over the Christmas holidays.

We did not expect to see significant changes as a result of Fidel Castro’s recent passing. And we didn’t. Not, at least, in the way the place operates.

Instead, I detected a lingering affection and respect for the Cuban leader – even from Cubans who chafe at the system that he built and that he left behind. To many, Fidel was like a failing grandfather with whose opinion they often differed. But many of these same Cubans also recognized that the old man was responsible for making them, and the island they live on, something more grand than they might have been without him.

I’m still unpacking, physically and otherwise, from the three-week trip. As I do so, I recall what one of my students told me after spending four months with me in Cuba, taking one of my photojournalism classes.

“Nothing is black and white here,” she said. “Everything is shades of gray,” and deciphering the place is a formidable task.

I’ll be posting more pictures as I continue to unpack.