A Backpack Journalist Is Born 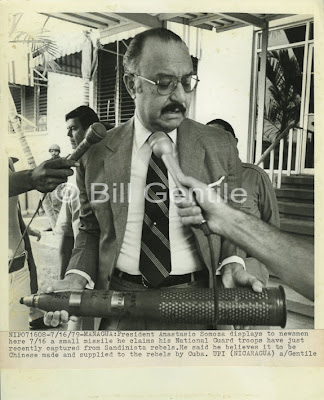 It was this time of year three decades ago, in the sweltering heat of a Nicaraguan summer, that I covered conflict for the first time. The Sandinista National Liberation Front (FSLN) ousted the U.S.-backed family dictatorship of Anastasio Somoza in a war that left some 30,000 dead. That’s Somoza above, outside his bunker in Managua, before his ouster. Not long afterward, the FSLN, led by a band of young revolutionaries, seized power and a new nation was born. I was a stringer then, working for United Press International (UPI) from my base in Mexico City. I would not understand it for years to come, but the image making and storytelling skills I acquired at that time were the foundation of my role today as a backpack journalist. As we mark the 30th anniversary of the Sandinista Revolution, I’ll be posting scans of some of the original images I made for UPI during the conflict, and explaining their significance. I do this in recognition and gratitude to the country and people who have given me so much.