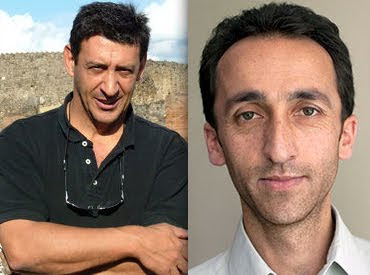 WASHINGTON, 12 September 2009 — It was the late 1990s and Christian Poveda (left) and I were both on assignment in Central America for Newsweek magazine. We were shipping rolls of film to Newsweek headquarters in New York and I watched Christian use gaffer’s tape to bind a dozen or so rolls together. The idea was to ensure that no single roll would slip out of the shipping bag and get lost. From that day on, I would ship all my film the very same way.

In the spring of 2005 I was in The New York Times office in Kabul, filming Bureau Chief Carlotta Gall for a documentary about foreign correspondents working in that Central Asian country. Sultan Munadi (picture on right by Tyler Hicks) was one of two local hires working with Carlotta. Unfortunately, I did not know him long enough to learn from him.

In the past few weeks, both Christian and Sultan died violently while practicing our craft. Christian was cut down by suspected gang members in El Salvador. Sultan was killed during a firefight in Afghanistan between Taliban insurgents who had abducted him and commandos who tried to liberate him.

Their deaths are a terrible blow to all who knew them — and to many who did not.