And the Casualties Surge Again 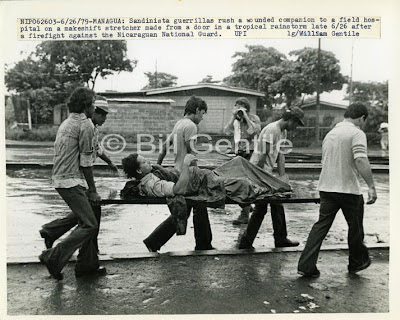 26 JUNE 1979 — Casualties mount during a surge of fighting between Sandinista rebels and members of the Nicaraguan National Guard. Seen with a towel over his shoulder making pictures of a wounded man is John Hoagland, at that time a freelance photojournalist for the Associated Press (AP). John and I covered part of the conflict together, even though I was freelancing for United Press International (UPI), a competing wire service. A few years later John was killed while covering the civil war in El Salvador for Newsweek Magazine.