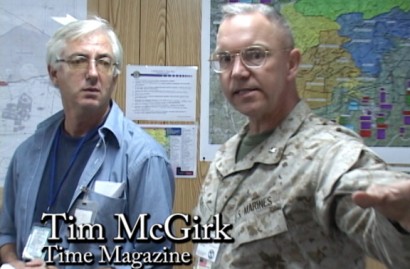 WASHINGTON, DC, 16 February 2014 — In the summer of 2005 a four-man team of US Navy SEALs dispatched to a mountainous region of northern Afghanistan in search of a renowned Taliban leader. Surrounded by enemy fighters, the SEALs called for backup. But when 16 Special Forces soldiers arrived on the scene in a Chinook helicopter, the Taliban shot it down, killing all 16 men aboard in what was the largest single loss of American life in the history of that war.

Of the four SEALs on the ground, three were killed in the fighting and only Marcus Luttrell survived. In his book, Lone Survivor, Luttrell recounts the events of that fateful day.

The Lone Survivor story has been recounted by Luttrell in his best-selling book, on a segment of CBS 60 Minutes, and in countless television and personal appearances. And Mark Wahlberg plays the role of Luttrell in an action-packed Hollywood film nominated for two Oscars.

But only now can you see the actual story as it unfolds in real time through the eyes of the men and women who covered the story in Afghanistan.

In Reporting Lone Survivor, I document on the ground how the international press corps based in Kabul scrambled to follow the days-long drama as the world awaited information about the men’s fate.

To see the trailer for the upcoming film, click HERE.